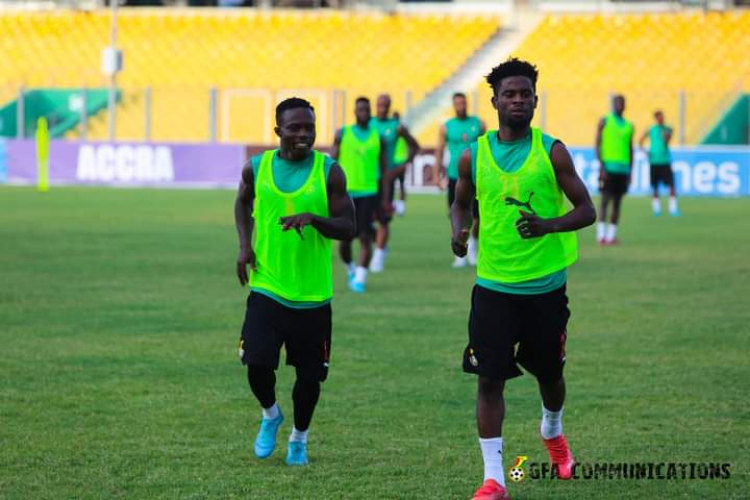 Ghana will play CAR on Sunday, June 5 in the matchday 2 games of the qualifiers.

The Black Stars have left the shores of the country on Friday evening for the game on Sunday.

However, the Ghana Premier League duo have been dropped from the Black Stars traveling squad list.

Also, Celta Vigo defender Joseph Aidoo has been omitted from the squad list due to injury while VFL Bochum attacker Christopher Antwi Adjei will be joining the team in Japan for the 2022 Kirin Cup.

The team will jet off to Tokyo for the four-nation Kirin Cup tournament.

The tournament feature Tunisia, Chile, and host Japan as part of preparations for the FIFA World Cup Qatar 2022 in November.

Meanwhile, Hearts of Oak defender Dennis Nkrumah Korsah who was handed a late call-up to augment the team was included in the traveling squad list.

The Black Stars were off to a flying start on Wednesday following a 3-0 win over Madagascar at the Cape Coast stadium – a win that sent Ghana to the top of Group E.