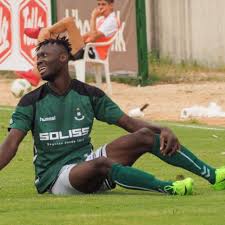 Black stars forward Kwabena Owusu has been listed to join the National under U23 team, Ghana’s African U-23 qualifying double header match against Algeria  scheduled for September 6 at the Accra Sports Stadium and 10 in Algiers.

Winner of the two-legged game will book a place in the African U23 championship to be staged in Egypt from 8-22 November,2019.

Coach Ibrahim Tanko’s side has been in camp since August 7 with the team taking on Hearts of Oak and other local sides in pre match trial games.

The Leganes forward became the toast of fans at the Baba Yara Sports Stadium after bagging a hat-trick in Ghana’s 5-1 win over  Togo in the first leg of the 2019 AFCON U23 qualifier.