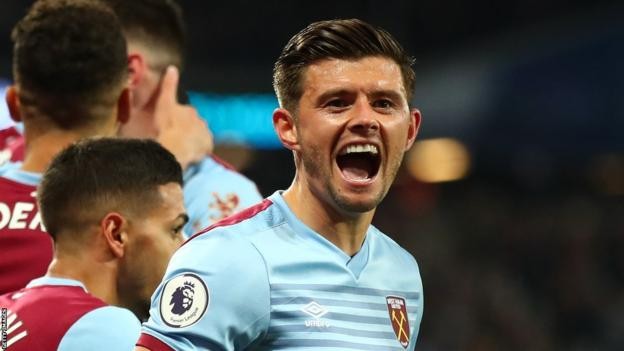 Aaron Cresswell has had spells at Tranmere and Ipswich

West Ham United left-back Aaron Cresswell has signed a new contract committing him to the club until 2023.

The 29-year-old has made 184 appearances for the club - five this season - and has three England caps.

"I'm looking forward to the next few years ahead," he said.

"If you want to push on in the league, then you need that team spirit and togetherness. I think we've certainly got that."

West Ham are eighth in the Premier League after eight games and play Everton away next on Saturday, 19 October.