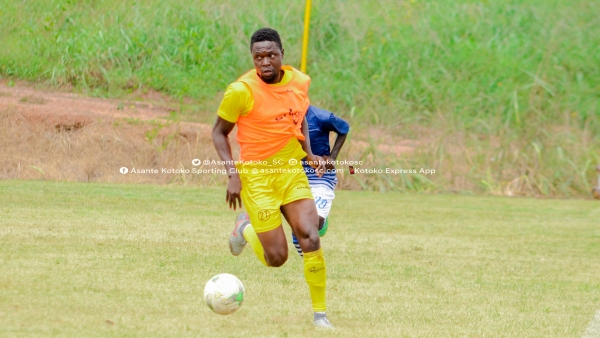 Asante Kotoko left-back, Abass Mohammed will miss Kotoko's game against FC San Pedro as he battles an ankle injury he sustained on Saturday.

He walked of the pitch 15 minutes into the game when a BYFA attacker clattered his ankle in an attempt to stop him from initiating an attack from within the Kotoko defensive area.

Abbas Mohammed received first aid at the grounds and later went for tests at the hospital, which ended in the Plaster Of Paris (P.O.P) being wrapped around his foot.

Medical Staff, Emmanuel Osei Owusu, confirmed the development to Kotoko Express App and said the P.O.P may be removed next week.

"Initial examinations have revealed that he has an ankle injury. We have put the foot in a P.O.P, which we may remove after five days. His return to the pitch will depend on how it evolves over the next few days”.