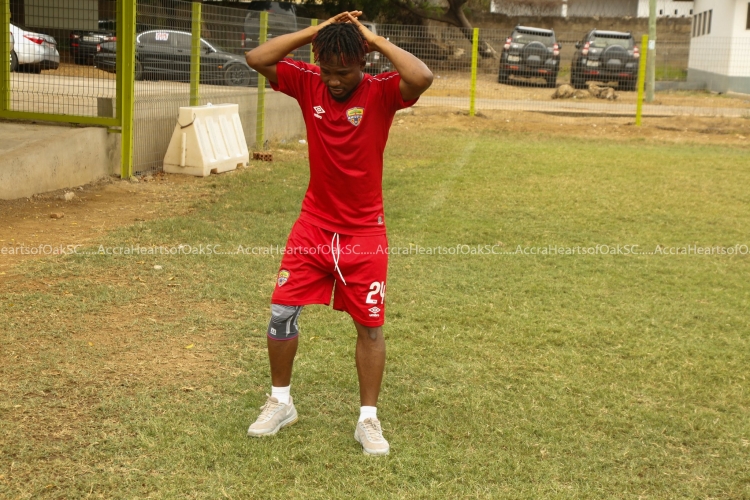 After recovering from an injury, the midfielder returned to light training with the Phobians on Thursday.

Abdul-Aziz Nurudeen of Accra Hearts of Oak has returned to training after being out with an injury since February.

The 22-year-old sustained a foot injury at the club's training grounds before of their encounter against Ebusua Dwarfs at the Accra Sports Stadium in matchweek 15.

Nurudeen has been sidelined by an injury that has kept him in the hospital for nearly four months following a successful operation.

In January 2020, he signed a three-year contract with Hearts of Oak for an unknown amount from a Division One League club.

Nurudeen has made seven appearances for Accra Hearts of Oak in the current 2020/2021 Ghana Premier League.