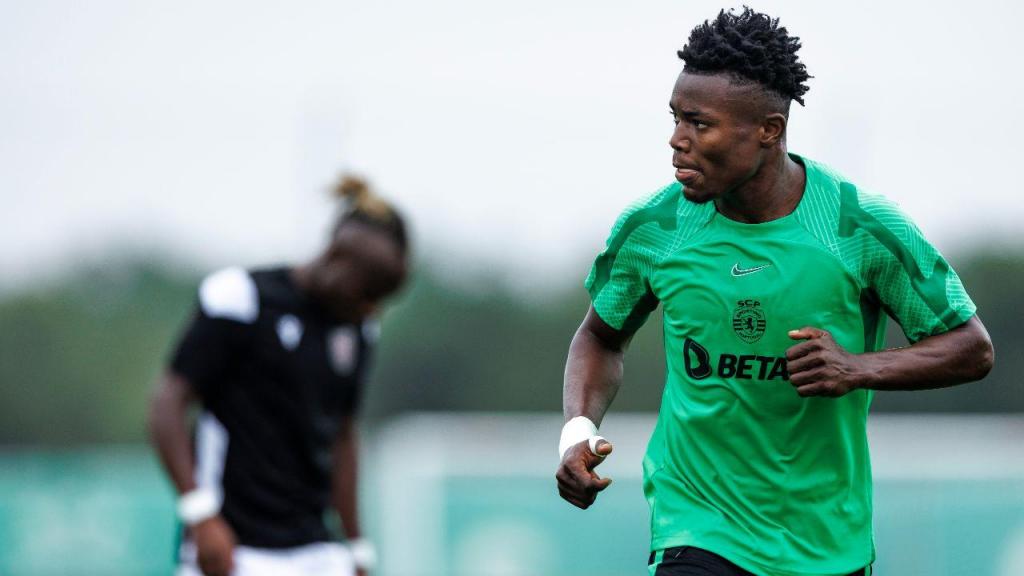 Manager for Portuguese club Sporting Lisbon, Ruben Amorim has explained why Abdul Fatawu Issahaku could start a match for Ghana but not for the Portuguese club at the moment.

Speaking to the press ahead of his team’s league match against Gil Vicente, the manager said the Black Stars forward still needs time to learn the way of the club from the B team.

“The reality of Fatawu is very different from ours. He played against Nicaragua, I don't want to take credit for it, but you have to see the difference in the football we are playing, it's a completely different world. Fatawu did not have Mateus Fernandes' school and other players did and he is making that transition,” the Sporting Lisbon coach said.

The gaffer continued, “The B team has more time to prepare these players, to teach sometimes basic things that for us are taken for granted and that they don't have and Fatawu is to go through that moment. He has fantastic potential, he has fantastic physical ability, but there are basic things in the game that he has yet to learn. As we are always preparing games, as we have the requirement to win every game, sometimes we don't have the necessary time that Fatawu deserves.”

During the international break, Abdul Fatawu Issahaku scored a screamer for Ghana in the friendly match against Nicaragua.

According to Sporting Lisbon manager Ruben Amorim, the club does not doubt the quality of the Ghana player and believes he is one for the future.