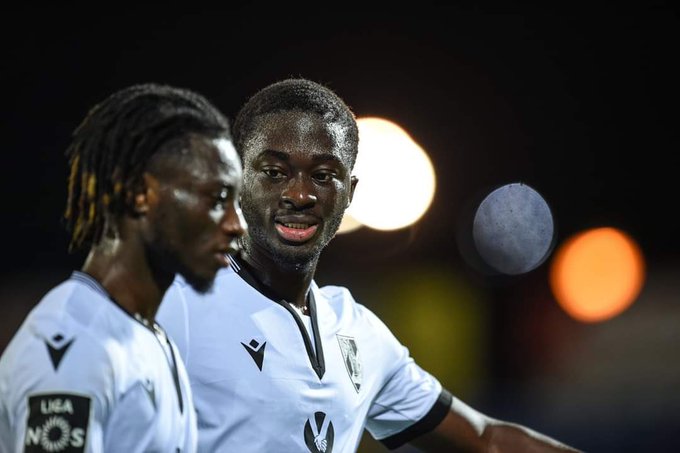 In one of the walls of the old towers of the city of Guimaraes , it is written "Aqui nasceu Portugal" . To wit, Portugal was born here.

It is an interesting quote in the context of this story about two footballers. In the same city that is heralded as the birthplace of Portugal, a friendship among two Ghanaians has been born and it is taking them towards a glorious career.

As author and singer, Mimi Novic says, “throughout this journey of life we meet many people along the way. Each one has a purpose in our life. No one we meet is ever a coincidence.”

It is certainly true in the life of Vitoria Guimaraes players, centre back Abdul Mumin Suleman and left-back Gideon Mensah.

One was born in Nigeria and the other in Dunkwa-on-Offin in Ghana. Mumin was raised in Sawaba, a popular suburb in Kumasi, the capital of the Ashanti region in Ghana. Mensah moved around as a child. Following his father, a football coach, to Obuasi and Saltpond where he honed his game. One spent most of his European career serving an apprenticeship in Denmark while the other did the same in Austria at Red Bull’s famed campus in Salzburg.

So how did they end up in Portugal signing for the same club a few days apart?

A Londoner with a Ghanaian heart and an unquenchable thirst to see Ghanaian players develop and excel on the global football stage, Siaw has spent the past few years building a reputation as a different kind of agent. He headhunts his talents and interviews them like one would for a job at a Fortune 500 company. His reasoning is simple.

“Football talent abounds in Ghana. Finding talent that can succeed and stay successful over a long period however is what I am l looking for.”

It is the reason why he does not have too many clients.

It is this search that threw Gideon Mensah and Mumin his way. Once he had undergone his unique evaluation process he knew these were boys worth spending his time and resources on.

This, however, is not his story so we can shelve that for another day.

Vitoria Guimaraes has a decent history with Ghanaian football talent. Besiktas star Bernard Mensah made his name there and earned a transfer to Atletico Madrid after a breakthrough season that saw him lead the team to European competition. Alhassan Wakaso and Joseph Amoah have been squad members there for a few years now.

It is however no exaggeration to say the arrival of the defensive duo during the 2020 summer transfer window has put the club right at the focus of Ghanaian football’s spyglass.

Their outstanding performances since the turn of the new year has seen them earn rave reviews. Things could have gone so differently.

Mensah arrived on loan from Red Bull after a successful loan period in Belgium with Zulte Waregem. He had earned a place in the Black Stars. He was looking forward to the challenge of settling down and challenging for a place in a competitive Guimaraes squad. There was only one problem. He arrived carrying an injury.

“I played one preseason game at Red Bull before the transfer was finalised. I picked up an injury and so I could not get off to a fast start as I had anticipated. Moving to a new club by itself is never easy. Much more moving to a new club in a different country. Mumin came through for me when I arrived. He lived next door and helped me out during my recuperation. That helped me get back to work.”

Thus Mumin was not there by accident. He had arrived at Guimaraes a few days ahead of Mensah. His choice of Guimaraes surprised many because he could have his pick of elite suitors. 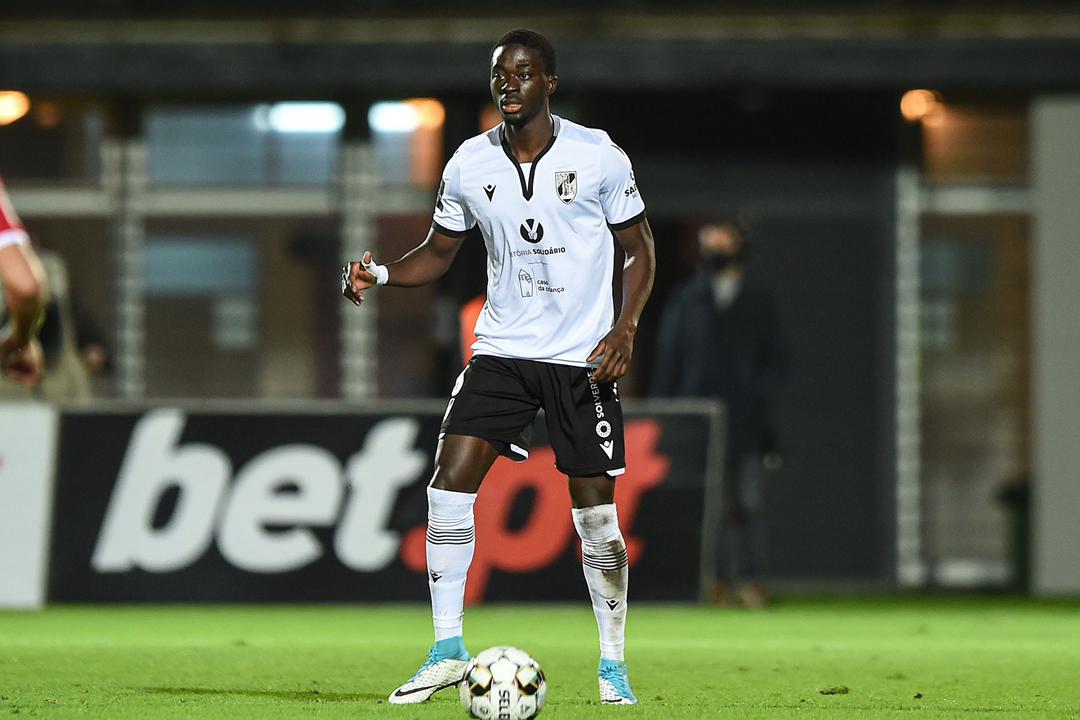 The lanky centre-back had been turning heads with his performances at the Right to Dream Arena in Farum, home of FC Nordsjælland in the Danish League. Many a transfer expert had him pegged as the next big export of the club after Mohammed Kudus. But after four years, Mumin wanted something else. Something only he could explain. He felt Siaw was the best person to help him reach his goals thus he jumped at the opportunity to work with him and move to Portugal.

To say Mumin is complicated is an understatement. His playing style is a reflection of his keen mind. Calculating and always a few moves ahead, he does not do random.

“I needed a new experience. I had gotten too comfortable after four years and I felt that needed to change.I had learnt all that they could teach and I felt I needed to learn from more experienced players.”

Consider the decision a success then. He is an undisputed starter and the improvements in his game are clear. His positional play and assimilation of complex plays have also improved significantly and his buy out is pegged at 50 million euros.

Both players do not hesitate to point out how swimmingly their decision is paying off.

Gideon is particularly salty about the invasive punditry that characterises the Ghanaian football scene.

His decision to not stay and fight for a place at Red Bull Salzburg, a team that is now a regular Champions League presence rubbed some fans back home the wrong way. It was “further evidence of the decline in elite Ghanaian talent” and the lack of mental fortitude in the current breed of players.

“A lot of times people just talk about your decisions without understanding your context. They don’t know how you hustle. The day by day of your life is not known to them and yet they want to judge. I am a player and to me, that means playing as many games as I can muster. I could make the easy decision and stay with Red Bull. Most players are satisfied with being included in a Champions League playing squad and warming the bench. People see your name but they never actually see you. Do you understand? That is just not it for me.

Moving for football has always been a part of Mensah’s life. You can understand why he does not shirk from being a nomad in his bid to find the right playing environment.

He has always been a traveller. The son of a football coach, he moved to the mining town of Obuasi where he joined a colts team called Bafana Bafana. The added pressure of being the coach’s son meant he always had to be better than most. It was however in the central town of Saltpond, during one of his father’s coaching stops that his career really took off.

“I played as a winger back then and I was good. I excelled during the Milo games and caught the attention of several clubs including Feyenoord Academy( now WAFA). That was when I knew things had gotten serious. Transfers don’t really shock me. At WAFA we are used to expecting a move. Prior to my full transfer to RB Salzburg, I had been to Lille in France and also spent time with Benfica in Portugal. when I was 17”.

Now an established Ghana international, Gideon can afford to sit back and enjoy the little victories that have come his way thus far on his journeys. He is missing this final round of AFCON qualifiers due to a back injury he picked up during a recent league game.

It has delayed a personal mission of redemption. Ghana might not be the powerhouse of old but a national team call up still means a lot to players and their families.

“It's hard bro. Wearing the national colours is such a pressure cooker. Like no matter how experienced you are, you always get nervous when you have to put on the Ghana jersey. I remember I started the game on my first invitation. That was the South Africa game I think. Man…I had to shut my phone off hours before the game because everybody was calling to wish me well and offer some advice. It was all well-intentioned but at the same time, it added to the pressure.

Second game experience was very bad. That was the friendly in Turkey against Mali. It is a game I prefer to forget. Not to make any excuses or anything but I came into that game on the back of just one full game after my recovery from injury. I was not fully ready. I got the full negative social media treatment after that performance. I ended up just staying away from social media for a while after that game”. 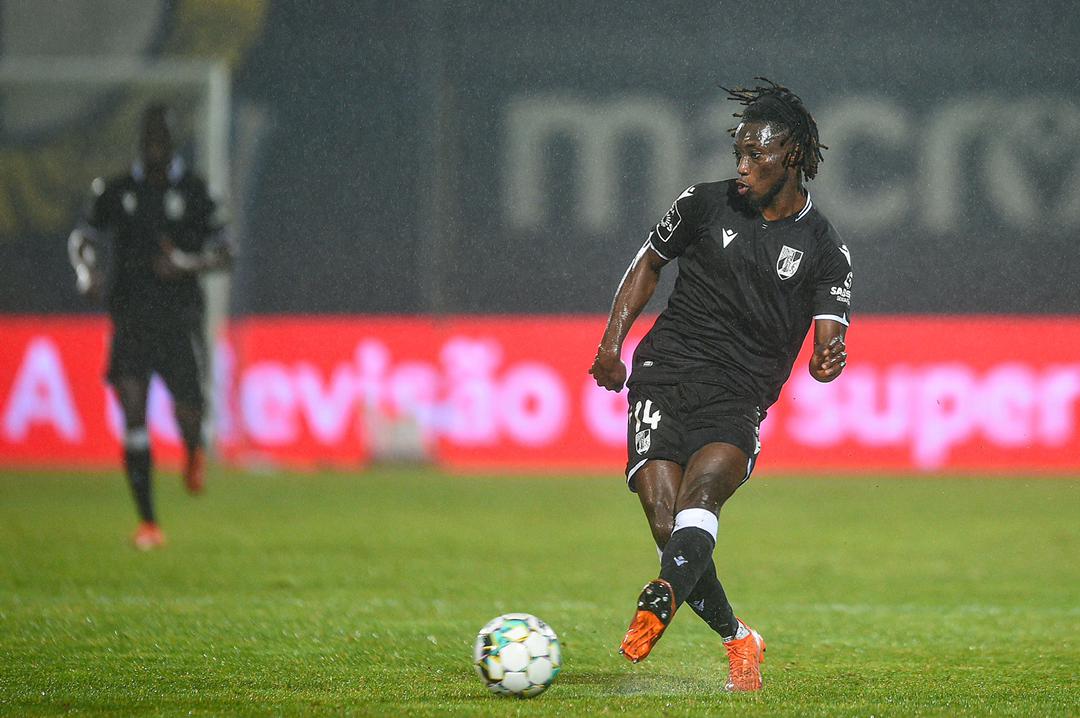 All Mumin has are dreams. He is yet to get a call up to the Black Stars and he regularly jokes that he will play for Nigeria, the country of his birth. But make no mistake. It is the famous white of Ghana that he has set his eyes and heart on. After all, how do a person whose favourite meal is fufu and palm nut soup end up playing for a different national team?

“Representing the Black Stars of Ghana is a dream that I hope comes true one day.”

For now, he supports his “brother” anytime he gets called up.

In the course of this interview, it is quite the task to not marvel at how two opposite personalities have fit like a glove.

Mensah is a dancehall loving maverick who changed his outfit twice during the interview. His looks matter to him. He plays football the same way. He is a risk-taker and plays by instinct. He loves Jamaican dancehall superstar, Popcaan and here is a fun fact.. he actually once spent an afternoon hanging out at a hotel the star was reported to be staying at with the hopes of meeting him. His hopes were not met.

Mumin is more conservative with his fashion choices. His playlist is dominated by old school hip hop and is never really on a particular act.

Yet in their own way, they have made this relationship in the oldest Portuguese city work. Watching them jokingly exchange insults and expose each other’s routines showed me how much more there is to these footballers. To many a journalist or a fan, there is a clientelistic relationship and that is fair. After all the average fan does not pay large ticket fees to know a back story or what makes them tick. In the end, the agreement is for the footballer to deliver on a promise of excellence. Failure to do so has its own emotional outcome.

At the end, this story cannot end without getting back to J Kwasi Siaw. It is not his story but he certainly holds the plot together.

“It's a family thing with him. He is always at hand and you can reach him no matter the time or place. I’ve had a bad experience with agents. They can mess you up or bless you. Trust and safety is essential and we have that right now with him.”