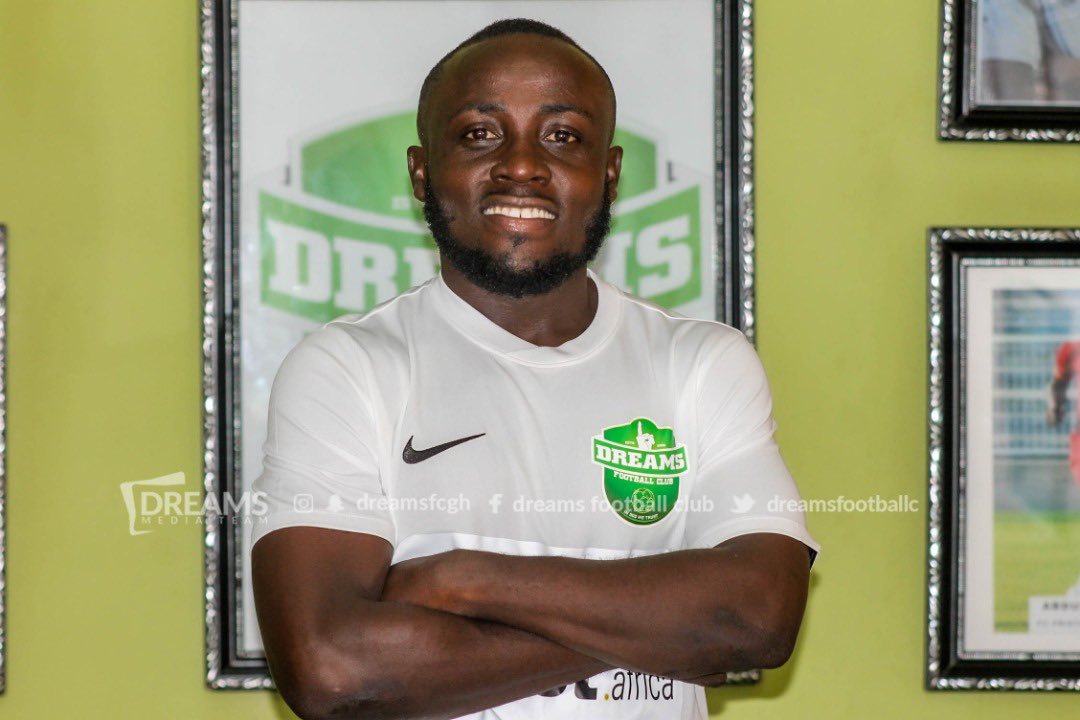 Dreams FC new signing, Abel Manomey has revealed that he joined the Ghana Premier League club to give himself a new challenge.

The player who scored 10 goals in 10 games during the last GUSA games was officially announced as a new player of the Dawu-based club on Wednesday morning after committing to a two-year contract.

Speaking to Dreams Media after completing the transfer, the striker shared his excitement as he notes that he is looking forward to the challenge that lies ahead.

“It’s an honor to be at Dreams FC after being with Olympics for 3 years, I am here for a new challenge. I love the uniqueness of the club and it’s a good environment for me", Abel Manomey said.

The forward has joined the club with a lot of expectations and will be relied on for goals when the football season resumes.