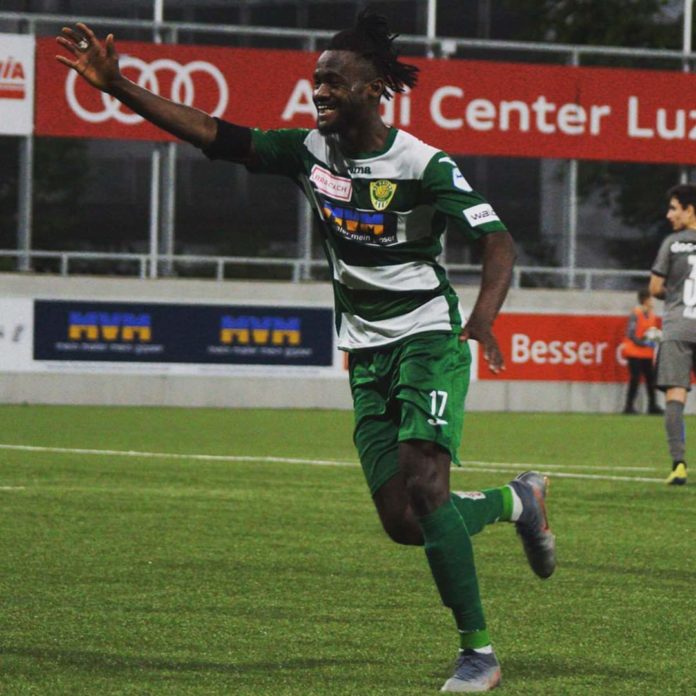 Asumah Abubakar-Ankrah scored very late for SC Kriens in their 1-0 away win at FC Wil 1900 on Friday evening in the Swiss Challenge League.

He played the full 90 minutes and scored late in the game to help Sport Club Kriens secured all three points on the road.

After the first 45 minutes, the game didn't produce any goal and the pattern continued throughout large potions of the game with both sides battling in midfield.

The 23-year-old scored in the 82nd minute his third goal this season after great work from winger Dario Ulrich cutting in from the right side of the midfield.

SC Kriens occupies the sixth position on the table and their next game will be at home against Grasshopper Club Zurich.