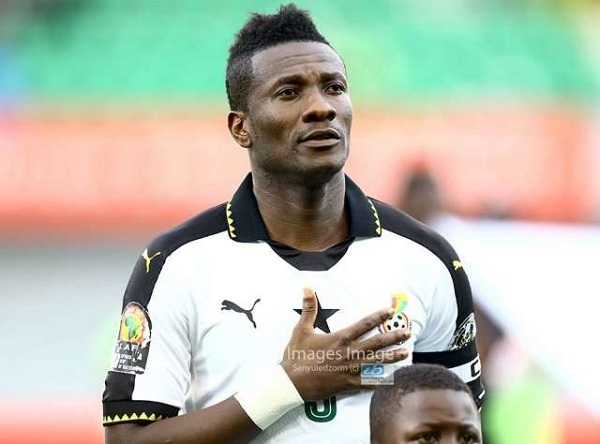 Former Black Stars goalkeeper, Abukari Damba has called on Ghanaians not to force Asamoah Gyan to retire from the Black Stars, saying it is his personal decision to do so.

Gyan has been out of the Black Stars since his last featured for the side at the 2019 Africa Cup of Nations in Egypt.

The recent announcement by the Ghana FA on the new leadership structure of the national team has cast major doubt on the future of the former Black Stars captain as he was snubbed from the list.

Gyan was earlier stripped off the captaincy prior to the 2019 AFCON by former coach James Kwesi Appiah.

Damba sharing his thought about Gyan’s future with the Black Stars said, “It is a personal decision for Asamoah Gyan to make. Undoubtedly, he is someone we have to eulogize him. We have to understand he has played his role at the national and international level. At the highest level, Gyan has always delivered. But we have understood that there is always a transition. There is always time for everything and I believe we need to retire Asamoah Gyan very honourably”

“That's why I am saying we need to have a dialogue and a time will come too when Gyan himself will see that now he has people behind him who can hold the flag of Ghana high so let me give them the opportunity and support them to play” he told Hello FM.

“Gyan as a footballer has a lot to offer after his retirement. The upcoming ones look up to him and will be a role model for them. We have to understand that we need to build that co-operation and that collaboration between him and the players not necessarily”

“Let's not depicts the mistakes we did in the past where some players retired with some sort of pain where people will say it is not worth dying for the national team.

And Gyan too he is a hero of the land who needs to be eulogized. The transition should be very smooth where Gyan will always visit the Black Stars” He said.