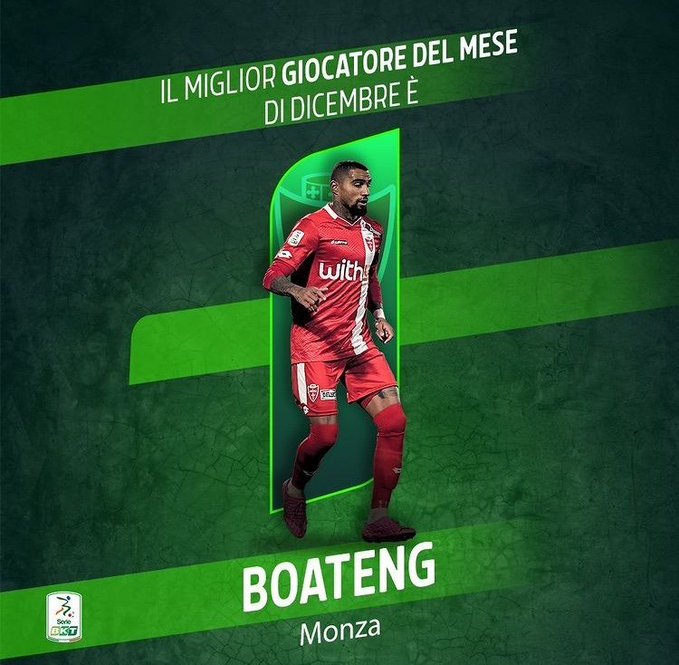 Kevin Prince Boateng has been voted Serie B player for the month of December.

The Ghana international has been a key player for the side following his move to the club before the start of the season from AFC Fiorentina.

Boateng has helped Monza to pick ten points in five games in the month of December.

The former AC Milan forward scored two times in the month and was also Man of the Match as they thumped Virtus Entella.

He also starred as Monza defeated Salernitana in the final game of the month, a game they won 3-0.

Monza are third in the league as they keep their ambitions of serie A promotion alive.