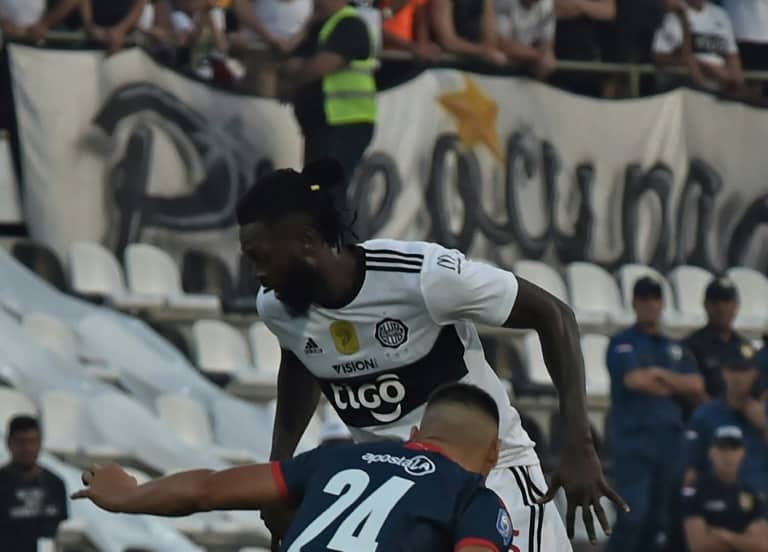 Togolese international Emmanuel Adebayor marked his debut for Paraguayan side Olimpia Asuncion last Sunday as he climbed off the bench to feature for the side in their stalemate against Cerro Porteno.

The former Manchester City man joined the club on a free transfer a couple of weeks ago on the back of parting ways with Turkish Super Lig side Kayserispor.

Following several training sessions with his teammates, he was finally handed minutes. Adebayor was introduced in the second half of Olimpia Asuncion’s match against Cerro Porteno over the past weekend.

The ex-Real Madrid forward replaced Roque Santa Cruz in the second half as he showed glimpses of his quality.

The 35-year-old is understood to be earning the biggest salary in the Paraguayan football league and is expected to do more in subsequent matches where it is likely he will be handed his first start.