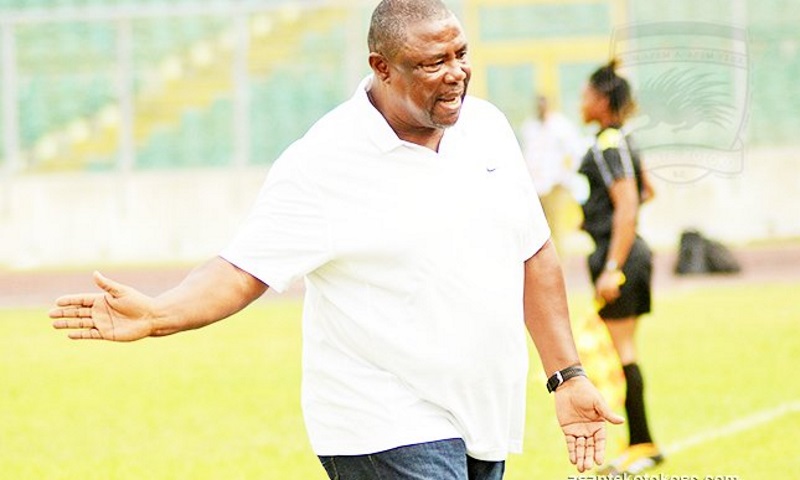 The fire boys were held to a goalless draw by the Hunters at the Nana Agyemang Badu Park on Sunday despite going into the match with the aim of collecting their maiden victory in the league after last week’s 1-1 draw against King Faisal Babes FC.

The draw against Bechem United means they are yet to record a victory in the ongoing GPL season.

But Fabin speaking after the game blamed referee Musah Mubarik and his linesmen for their draw.

“Of course, it was obvious I mean the referee got some of his infringements wrong. For example, in the second half of the game our striker turned and took the ball and then he was kicked from behind in the box, is a complete penalty but he ignored”

“Anywhere in Ghana, if our defender tackles like that it will be a penalty against us” he ended.

The former Asante Kotoko trainer also shared light about his tactics and said, “I wouldn’t say my tactics didn’t work, it worked. We had some clear chances we could have scored but then sometimes in football you don’t get what you want so like I said we will take the point and go back to the drawing board and work harder “