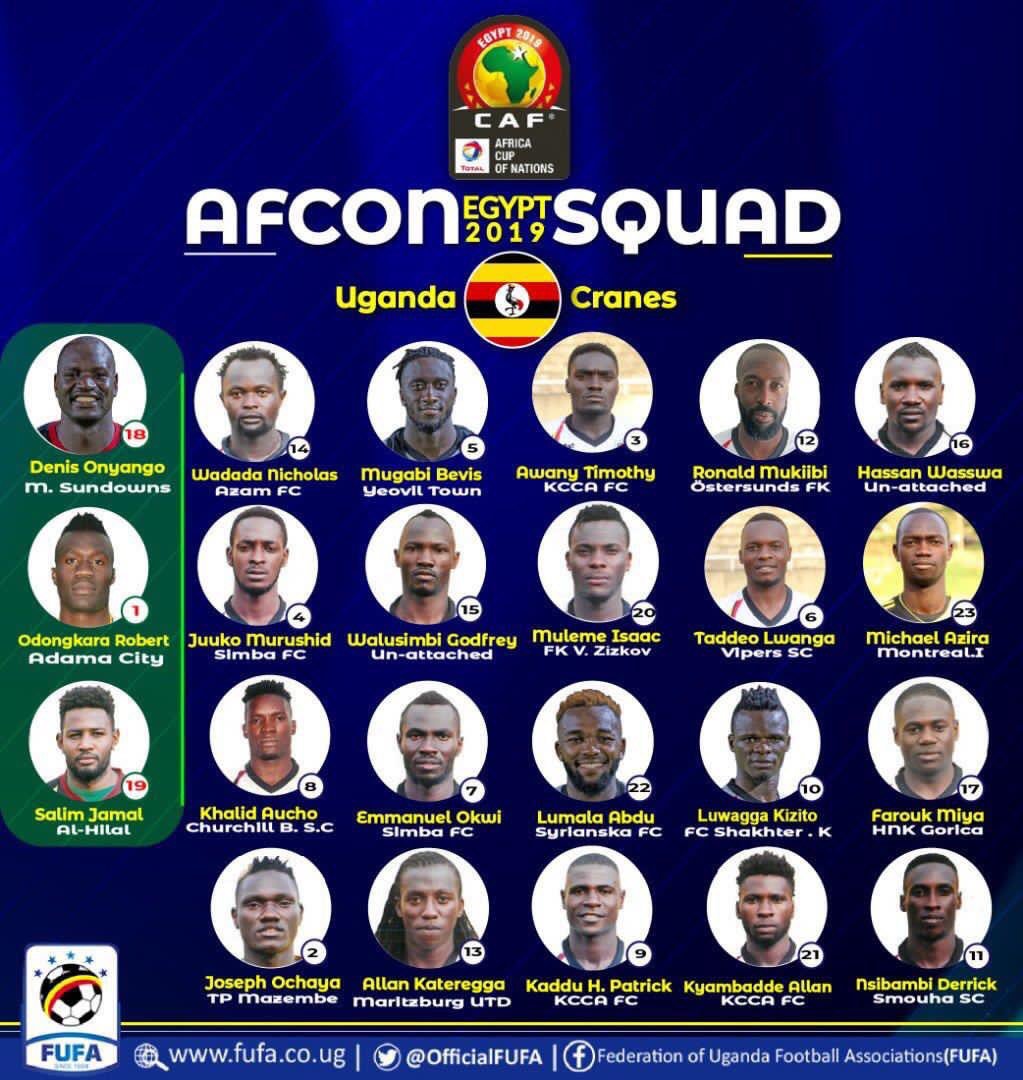 On Tuesday, Desabre officially released one of the most sought-after lists in Uganda.

The Frenchman secretly kept the cards closest to his chest and many, including those camped at the team’s Rotana base in Abu Dhabi were left perplexed.

Simba striker Emmanuel Okwi will make his AFCON debut as 13 players from the 2017 squad that featured in Gabon make a return.

Uganda will play the final build up against Cote D’Ivoire this coming Saturday, 15th June 2019 before flying to Egypt for the biennial continental showpiece.

Uganda is housed in group A alongside Hosts Egypt, Democratic Republic of Congo and Zimbabw.

Uganda is housed in group A alongside Hosts Egypt, Democratic Republic of Congo and Zimbabwe