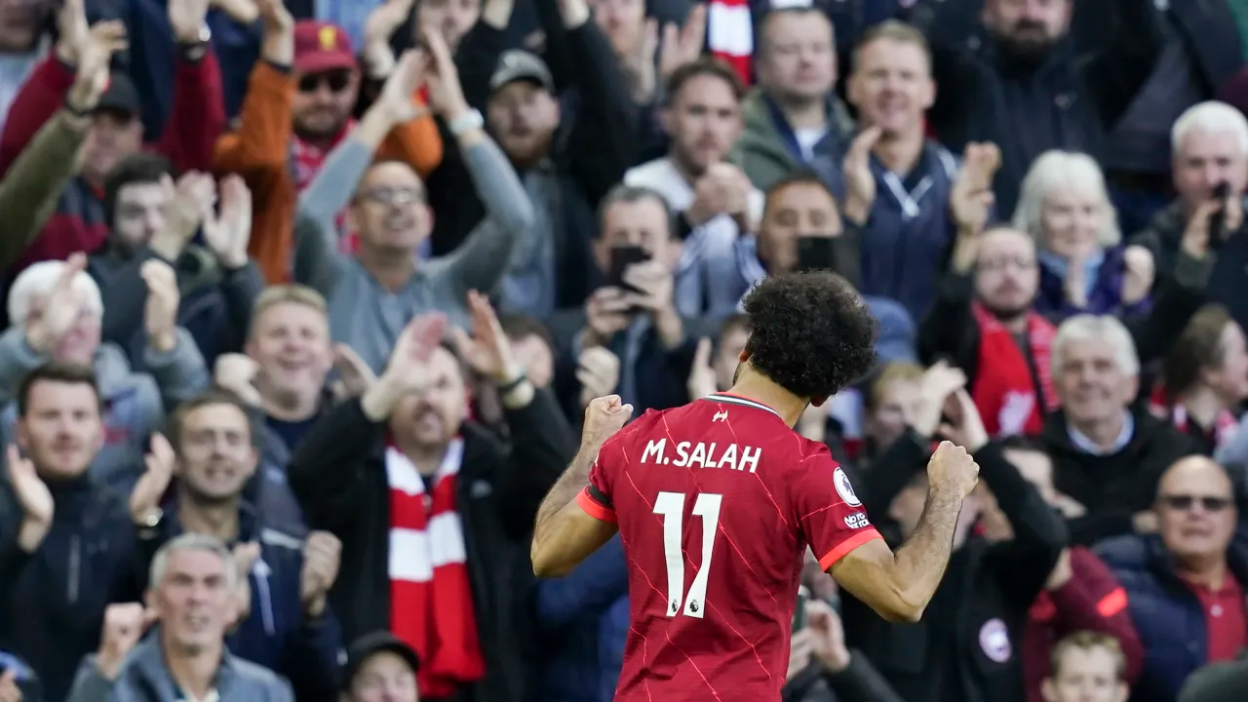 Mohamed Salah netted a brilliant solo goal for Liverpool in a 2-2 draw with Manchester City at the weekend and moved closer to overtaking Didier Drogba as the leading African scorer in the English Premier League.

Retired Cote d’Ivoire great Drogba bagged 104 goals in two spells with Chelsea while Salah lifted his total to 103 with a wonderful goal against City at Anfield.

While scoring is second nature to the Egyptian, Ghanaian Iddrisu Baba claimed his first for Real Mallorca in his 102nd appearance for the La Liga outfit.

Salah and Mane dazzled with two goals and an assist between them in a thrilling draw against Manchester City. Mane put the Reds ahead by scoring his 99th Premier League goal with a powerful finish across Ederson in the 59th minute after being released by Salah. The Egyptian gave the Reds the lead again in the 76th minute, bamboozling City's defence with his dribbling and finding the far corner from a tight angle to score for the seventh consecutive game.

Schlupp scored Palace's equaliser 48 seconds after entering the fray as a substitute to haunt former club Leicester in a 2-2 draw at Selhurst Park. The Ghana international -- part of Leicester's title-winning 2015/16 squad -- headed past Kasper Schmeichel with his first touch in the 72nd minute.

Iheanacho celebrated his 25th birthday by opening the scoring for Leicester on his first Premier League start of the season. The Nigerian dispossessed Joachim Andersen and raced clear to score his third goal of the campaign.

It has taken 102 matches but, finally, Ghanaian midfielder Baba made it on to the scoresheet for Mallorca, scoring the only goal in a 1-0 win over Levante. Baba, who joined Mallorca's youth setup in January 2014, rose above the defence at the back post to head home Pablo Maffeo's cross four minutes before halftime.

Gambian international forward Barrow set Bologna on their way to a surprising 3-0 win over Lazio with a superb strike. The 22-year-old unleashed a curling shot which whipped around Pepe Reina and gave the hosts a 14th-minute lead, which they then used to end a mini-crisis early in the season.

The Nigerian striker scored Union Berlin's 100th Bundesliga goal as he led his side's superb second-half comeback in a 2-1 win at Mainz. Having missed several chances earlier in the game, Awoniyi struck twice in the space of four minutes against his former club as Union recorded their first away victory of the season.

The Tunisian midfielder also scored twice to keep Cologne's excellent start to the season going with a 3-1 home win over Greuther Fuerth. Skhiri put Cologne ahead early in the second half before scoring again in stoppage time.

Egyptian Marmoush picked up his first Bundesliga assist as his side beat local rivals Hoffenheim 3-1. Marmoush, on loan from Wolfsburg, set up Stuttgart's opening goal, picking out Marc-Oliver Kempf with a corner.

The Cameroon forward struck the winning goal in stoppage time as Angers twice came from behind to beat Metz 3-2. Bahoken turned in from close range after coming on as a late substitute to net his second goal of the season and send Angers back into the top four.

The Ghanaian teenager played a leading role as Rennes upstaged a Paris Saint-Germain side featuring Lionel Messi, Kylian Mbappe and Neymar by inflicting a 2-0 defeat at Roazhon Park, putting an end to their 100-percent record in Ligue 1. Sulemana delivered the cross for Gaetan Laborde to volley in the opener and twice went close to scoring himself.