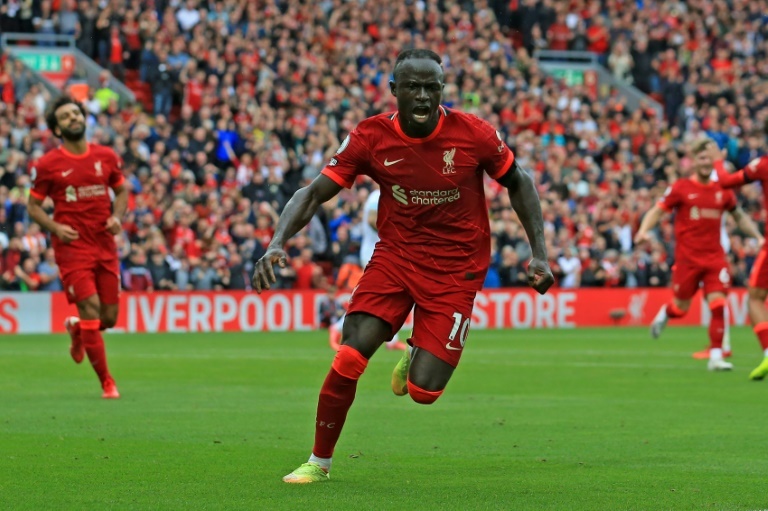 Sadio Mane scored his 50th English Premier League goal for Liverpool to clinch a 2-0 home win over Burnley at the weekend.

The Senegal star and reigning African Footballer of the Year struck midway through the second half at Anfield to reach the milestone.

Algeria captain Riyad Mahrez ended a goal drought since May by coming off the bench and scoring for Manchester City in a 5-0 rout of visiting Norwich City.

He scored his first goal of the season to seal a win against Burnley. Mane netted in the 69th minute with a fine finish from just inside the Burnley area after Trent Alexander-Arnold's deft pass.

The winger put the seal on a five-star display from the champions with a late goal in their hammering of Norwich at the Etihad Stadium. Mahrez came on as a 75th-minute replacement for Jack Grealish and nine minutes later beat the Norwich offside trap to finish off Ruben Dias' long pass.

The Gabon forward came off the bench after recovering from coronavirus, but could not stop Chelsea winning 2-0 at the Emirates Stadium. Aubameyang missed Arsenal's dismal 2-0 loss at Brentford in the opening round after Arsenal's captain and several teammates tested positive for Covid-19.

The Central African Republic international was again key to another smothering defensive effort by the Spanish champions as they beat Elche 1-0 to go top of La Liga. Atletico might have been at home, but they allowed their visitors 60 per cent of possession while restricting Elche to two attempts on target. The 28-year-old France-born defensive midfielder played a crucial role. "Great game from Kondogbia," wrote Madrid sports paper Marca in their live blog.

The Ivory Coast under-23 midfielder, who moved to Italy at a young age, sealed Sassuolo's season-opening 3-2 win at Verona with a stunning curling strike that put the away side two goals ahead with 13 minutes remaining. It was the 10th goal for the club in 67 games for the 21-year-old, who is reportedly on Juventus' radar.

The ex-Liverpool striker scored his fourth goal in three games in all competitions to seal a Bundesliga point for Union Berlin in a 2-2 draw at Hoffenheim. The 24-year-old Nigerian scored with a volley at the second attempt after his initial shot was parried.

Algeria striker Delort capped off a superb team performance as Montpellier beat nine-man Lorient 3-1 by opening his account for the season and setting up another. The 2019 African Cup of Nations winner has been linked with a move to Nice and Lyon with interest in the 29-year-old fuelled by his 19 goals in 34 games last term and the club captain left the field in tears as he was substituted in the closing minutes.

Guinea's 19-year-old defender Sow scored his first goal in senior football to claim a 1-1 draw with champions Lille. Sow has made five appearances for his country since his international debut in October 2020 and is likely to feature heavily for his club this season with just three other centre-backs in the squad.