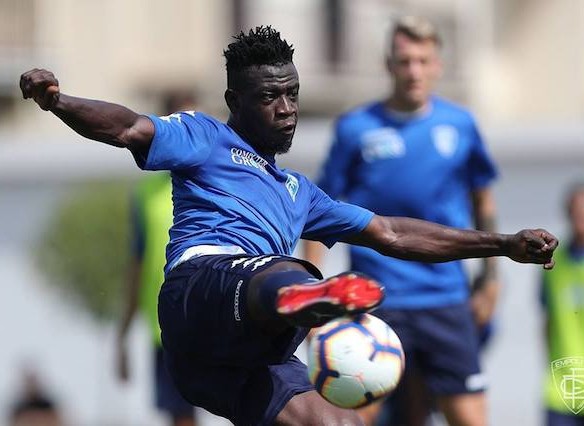 Ghana midfielder Afriyie Acquah's injury not as serious as feared, according to his club side Empoli.

Acquah suffered a flexor injury during their clash against Sassuolo on Friday.

He was substituted after 14 minutes in the 3-1 defeat due to pains in his thigh.

Acquah underwent a scan and it has been revealed a contraction of the muscles.

He has played in all five league matches since joining Empoli on transfer deadline day on loan from Torino.