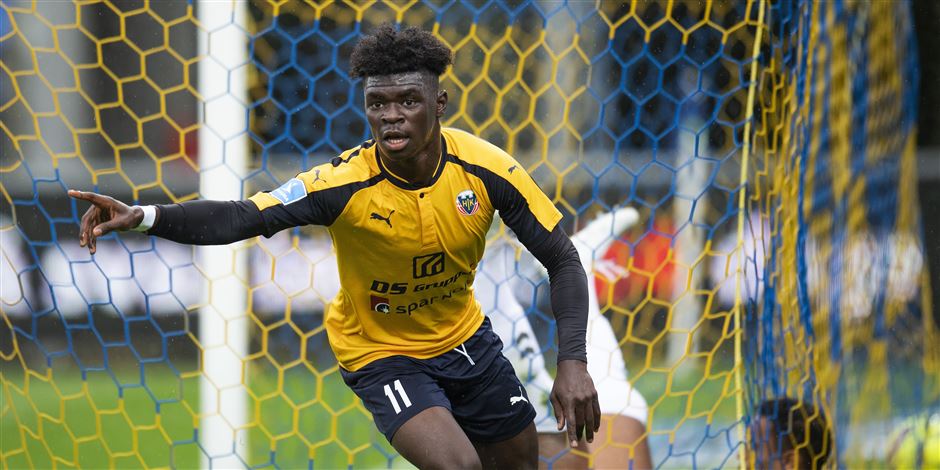 Emmanuel Afriyie Sabbi was on the scoresheet for OB Odense in their Danish Superliga defeat to FC Midtjylland on Saturday afternoon at the MCH Arena.

The 22-year-old was at the end of a counter break by the visitors on the 26th minutes as his left-footed shot from outside the box found the bottom left corner to make it 1-0 to OB Odense, Sabbi was assisted by Frøkjær-Jensen.

FC Midtjylland hit back through striker Sory Kaba in the 66th minute of the second half to make it 1-1.

FC Midtjylland scored their second and third goal through Anders Dreyer and Pione Sisto in the 81st and 87th minutes respectively to secure all three points.

OB Odense next game in the Danish Superliga will be away to Lyngby BK.