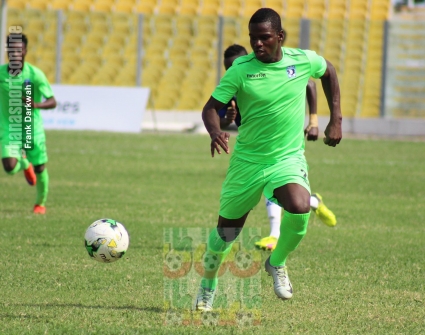 Bechem United striker Ahmed Toure says he is on his way out of the club and will be joining Ghanaian giants Accra Hearts of Oak.

The Burkina Faso international is understood to have signed a deal in principle with the rainbow club.

The Hunters signed Toure in the transfer window after it was rumoured that he was on his way to Hearts. However, his imminent departure is believed to have been agreed by both clubs.

'' I can confirm to you that I've reached an agreement in principle with Hearts of Oak and I could join them in the coming days,''

''Everything has been settled on my part and talks between Bechem United and Hearts of Oak have also reached it advanced stage,''

''So probably I may feature for Hearts in the second round of the season and I may even play in the second leg match of the [email protected] anniversary Cup match later this month.''

Toure will be joining Ivorian Alexander Kouassi, Cosmos Dauda and Kwame Kizito as the clubs strikers.