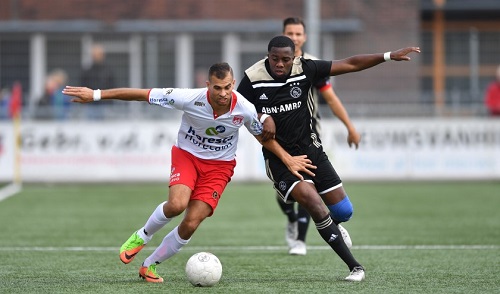 Th 23 year old joined the Dutch giants from RKC Waalwijk in the summer of 2018 but only featured for the amateur side of the Dutch champions in the fourth-tier as he failed to progress to the senior team.

Despite being a promising player at Waalwijk, Owusu could not find his feet at the fold of the Amateurs and he has now been sent packing after his contract came to an end.

However, reports claim that Owusu has already signed pre-contract FC Purmersteljn and will join them officially on July 1, 2020.

Owusu has previously featured for Volendam where he made a huge impression at their youth ranks and was sought after by all the big teams in the Netherlands.

He was born to Ghanaian parents in the Dutch town of Volendam and holds both Dutch and Ghanaian passports although he is yet to be capped by both countries at any level.