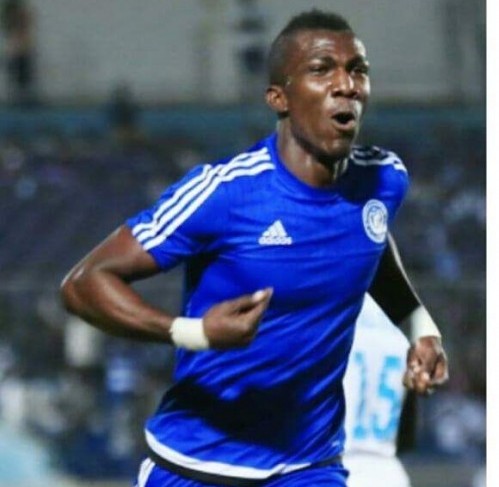 Al Hilal made it through to the group phase of the champions League where they have been drawn with Ferroviaro Beira of Mozambique, fellow Sudanese side El Merrikh and Etoile du Sahel of Tunisia.

Abednego Tetteh joined the Sudanese side from Ghana FA cup champions Bechem United and has since hit the ground running scoring important goals for the club.

“This is the first time I am playing in the champions’ League group. I am happy to play on a big platform like this but for the draw and teams in our group, I think we have a big chance,” he told Happy FM.

The former Bechem United target man also spoke about the rival between his Club Al Hilal and El Merrickh.

“Playing against El Merrickh is like a festival here in Sudan and so any team that wins celebrates like it’s a big festival for their fans so I’m excited we have been drawn with Merrickh,”

“Secondly, we I look at our form we are on a good run, apart from losing to Merrickh in a cup match; we have gone eight games without a defeat. We are in good spirit and I can’t wait for the opener against Merrickh.”