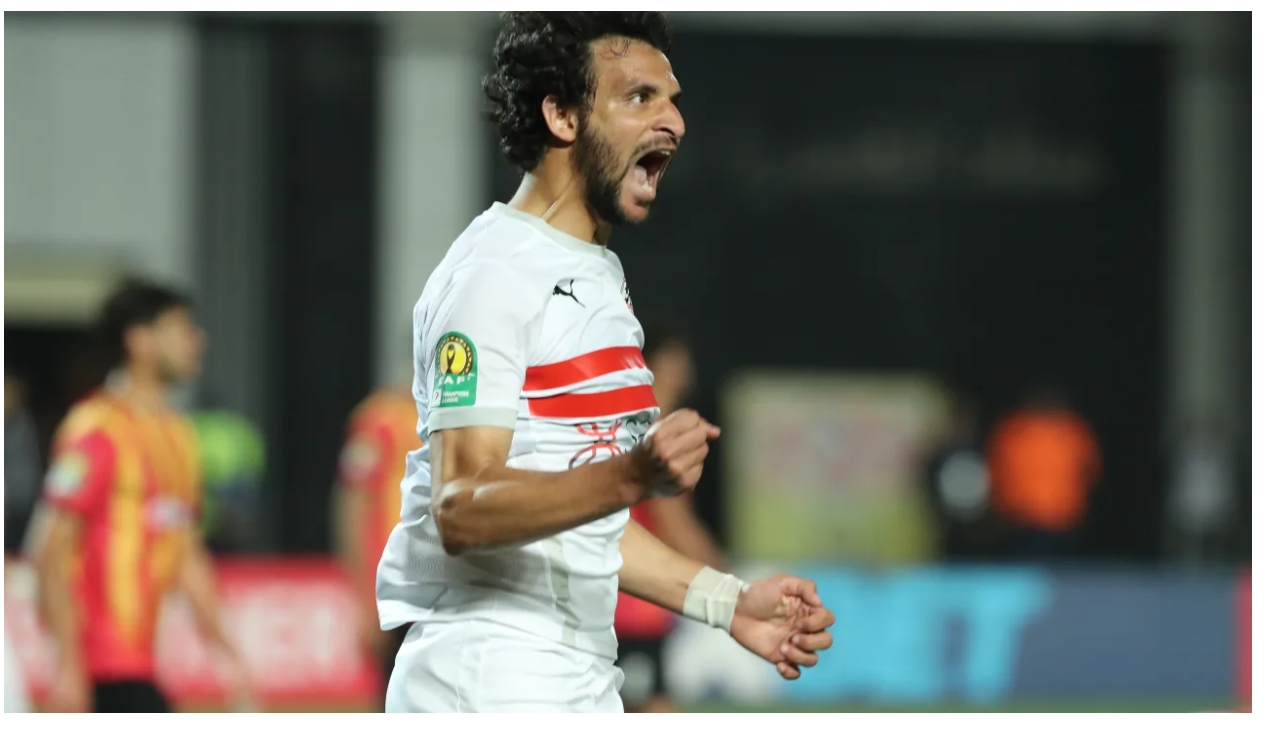 As a center back, his main role is stopping opponents from scoring against his side. But Zamalek defender Mahmoud Alaa is making headlines for another totally different reason.

Alaa recently became the all-time top scoring defender in the history of Egyptian football, netting his 50th goal in all competitions last October. Alaa scored 42 goals in Egypt’s top-flight with The White Knights and his previous sides Wadi Degla and Haras El Hododd, plus 8 goals in Egypt Cup and CAF competitions to become the first Egyptian defender to reach this milestone.

His perfect penalty kicks technique, plus his stature and mastering headers from set pieces made Alaa one of Zamalek most lethal weapons that they are looking for in almost every match. This season, Alaa scored 10 goals in the Egyptian Premier League, and added a precious one against Tunisia’s Esperance in the Total CAF Champions League quarterfinals first leg in Cairo that proved to be the decisive goal in Zamalek’s 3-2 aggregate win.

“He is a player who grew up in Egypt youth national teams, so he knows well what to do,” Egypt former international Ahmed “Mido” Hossam said. “I was his coach in Wadi Degla and was impressed by his abilities. When he joined Zamalek, I was sure he is going to make a name for himself, and he really did.”

Born in January 1991, Alaa started his career with Alexandria based Haras El Hodood. He was part of Egypt U-20 squad that took part in the 2011 FIFA U-20 World Cup in Colombia, and later participated with Egypt U-23 team in the 2012 London Olympic Games.

He started his senior career with The Pharaohs in the same year, and was a part of Egypt’s team in the 2019 Africa Cup of Nations at home.

In 2015 he joined Wadi Degla where he spent a couple of seasons before joining giants Zamalek in 2017. With the White Knights, Alaa won five titles, including two Egypt Cup trophies, one Egypt Super Cup plus the 2018-19 CAF Confederation Cup and the 2020 CAF Super Cup.

Alaa scored from the spot to give Zamalek 1-0 victory over Morocco’s RS Berkane in last season’s Total CAF Confederation Cup final second leg, to force the game into a penalty shootout decider. Once again, he kept his nerves to score in the shootout as Zamalek emerged 5-3 victorious to add their first title in the second-tier continental club competition.

After missing the first leg through injury, he is now ready to lead Zamalek’s backline when they are defending their away 1-0 victory over Morocco’s Raja in Casablanca some on 18 October 2020. He will be holding Zamalek hopes of keeping his brilliance on both defending and goalscoring aspects, as The White Knights are dreaming of a place in the final against compatriots and archrivals Al Ahly in the Alexandria based Burg El Arab Stadium on 27 November 2020.