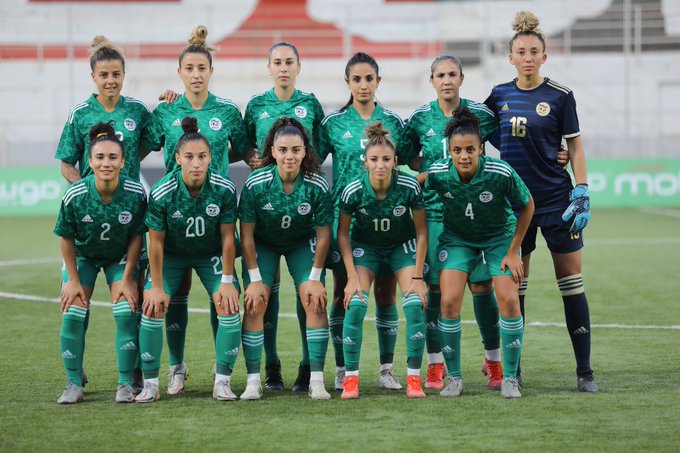 Algeria's women's football team finally left Sudan on Saturday evening, five days after a coup in the country, trapped the squad in the capital Khartoum.

The Algerian delegation had arrived in the Sudanese capital last Saturday, ahead of a scheduled Women's Africa Cup of Nations qualifier against their hosts on Tuesday.

The squad returned to Algerian soil in the early hours on Sunday, after it was judged secure enough to embark on the journey.

Players and staff had been confined to their hotel since Monday's coup, with the game indefinitely postponed by the Confederation of African Football (Caf).

On Friday, a day before the squad finally managed to leave, one of the players told BBC Sport Africa from inside the hotel that 'time is starting to get long as we don't know when we can leave'.

The Algerian Football Federation (Faf) said the squad was returning on a special Air Algeria flight.

"After intense contacts between the Algerian Football Federation, at its head President Amara Charaf-Eddine, and the Ministry of Foreign Affairs, as well as our diplomatic representation in Khartoum, our national women's selection, will finally return this Saturday," said a statement on the Faf website.

Defender Sarah Boudaoud posted on social media on Saturday lunchtime that the delegation were leaving their hotel to travel to the airport.

"You do not imagine how happy we are at the idea of ​​leaving," Boudaoud added on Instagram.

Another member of the squad told BBC Sport Africa the only time the team had security concerns was on the day of the coup, when both the internet and television were cut off - but that their resumption assuaged any further fears.

"That's the only time we felt unsafe," she explained.

Algeria had won the home leg of the Nations Cup qualifier against Sudan 14-0.