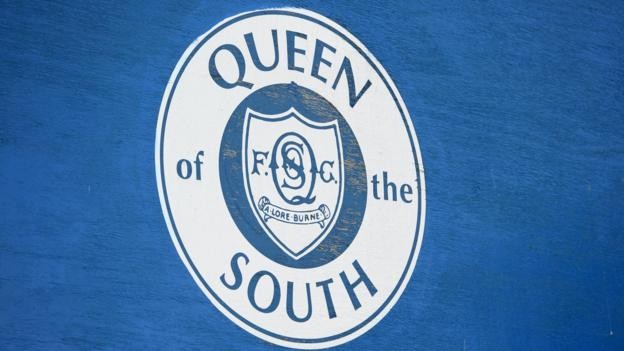 Allan Ball was in Queen of the South's hall of fame

Queen of the South's record appearance holder Allan Ball has died at the age of 75, the Dumfries club has confirmed.

The Englishman, who was a goalkeeper, amassed 731 outings for Queens between 1963 and 1982 and was appointed an honorary director of the club in 2001 - a position he held until his death on Saturday.

He was one of the first inductees to the Doonhamers' hall of fame.

The Scottish Championship side say Ball had suffered a period of ill health.

"He loved his involvement at the club, never less so than our trip to the Scottish Cup final in 2008 and subsequent foray into Europe," Queen of the South said in a statement.

"Ill health had curtailed his football attendance in recent times but he was still to be found at home games regularly right up to the end of last season and never lost his enthusiasm for the game or the club he held dearest.

"A measure of how highly thought of he was is the fact that whatever away ground you went to, someone would ask about Allan and how he was doing.

"He fought his illness courageously over a long period of time and rarely complained.

"Everyone at Queen of the South is devastated to hear of his death and our thoughts go out to his wife Olive, son Keith, daughter in law Alison and the wider family."