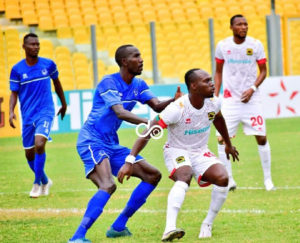 The vice president for Al Hilal Omdurman, Al Tahir Younis has described as false all the allegations leveled against the club by Asante Kotoko.

The Sudanese club and the Ghanaian giants were scheduled to face off in a clash in the CAF Champions League last Wednesday but the game was called off after seven players of the Porcupine Warriors tested positive for the Coronavirus.

In the events that followed, officials of Asante Kotoko smelled foul play and petitioned CAF to look into the circumstances that led to their players testing positive when the previous tests done had proven that they were negative.

Speaking in an interview with the BBC on the allegations against Al Hilal, club vice president Al Tahir Younis has explained that they never used any means to have the opponent lose the match.

“We don’t even know where they carried out the tests, it was not done by Al Hilal and the match commissioner knows this, the lab where they did the test was selected by Kotoko.

“Kotoko arrived late and only did the test once, test results were produced only one hour before the match, they couldn’t re do the test due to time, they are throwing their failures at us,” the Al Hilal vice president told the BBC.

Al Tahir Younis added, “Al Hilal is not only a football club, it is an educational institution built on values and we can never play this dirty game, we decided games on the field and we beat Asante Kotoko in Ghana.. all these allegations are false”.

Meanwhile, CAF has given death ears to the petition from Kotoko with Al Hilal advancing to the group stage of the CAF Champions League.