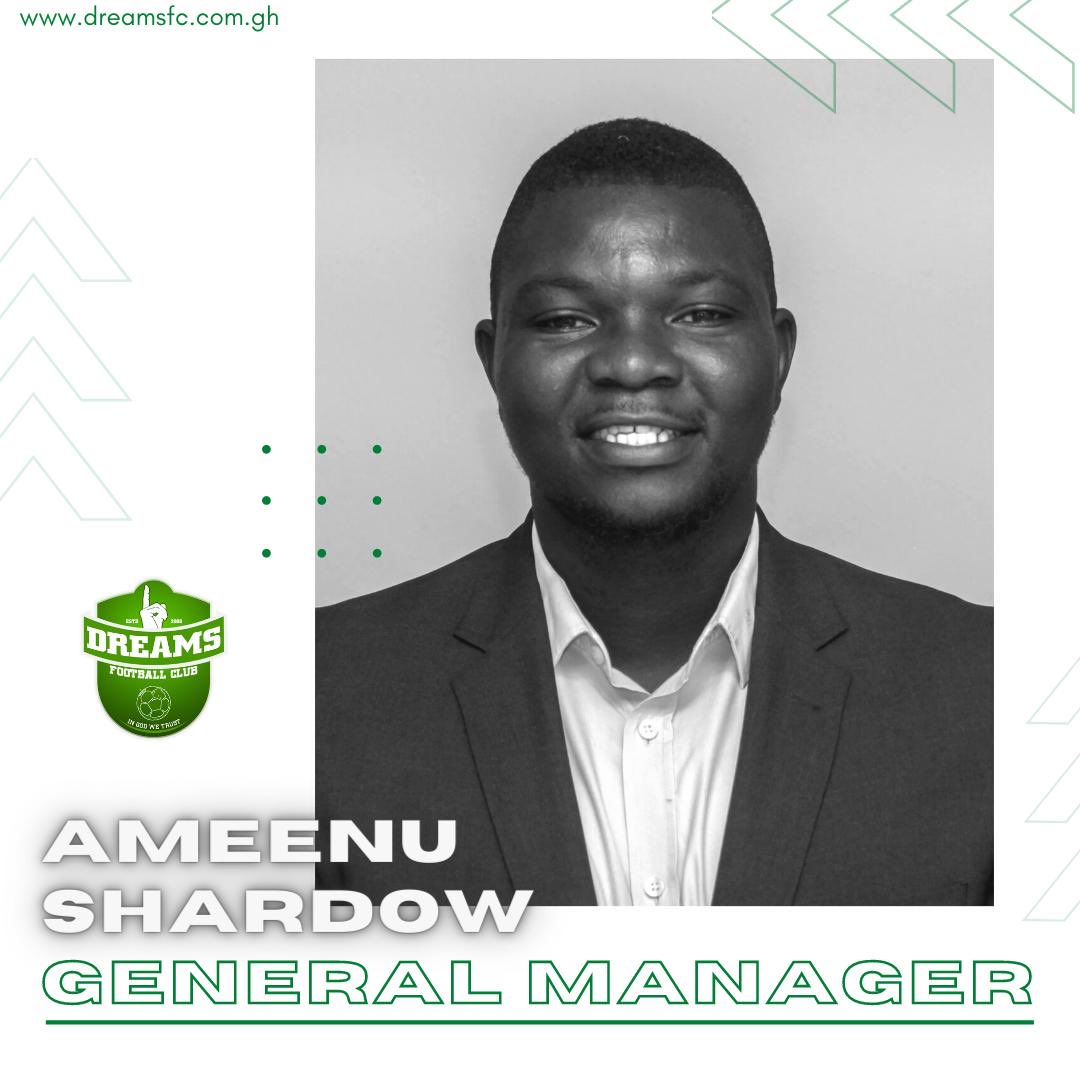 Ghana Premier League side, Dreams Football Club have named Ameenu Shadow as the club's new General Manager ahead of the start of the new season.

The decision was taken after a management meeting held by the Directors of the club on Thursday to name the former journalist at the club's new General Manager.

The football administrator has been elevated from the club's administrative manager to the top position.

This new role comes as the club announces a new management structure as part of reforms to enhance administrative success at the club.

The new role will see Ameenu Shadow oversee the day-to-day administration of the club.

Dreams FC will begin their league campaign against Inter Allies.