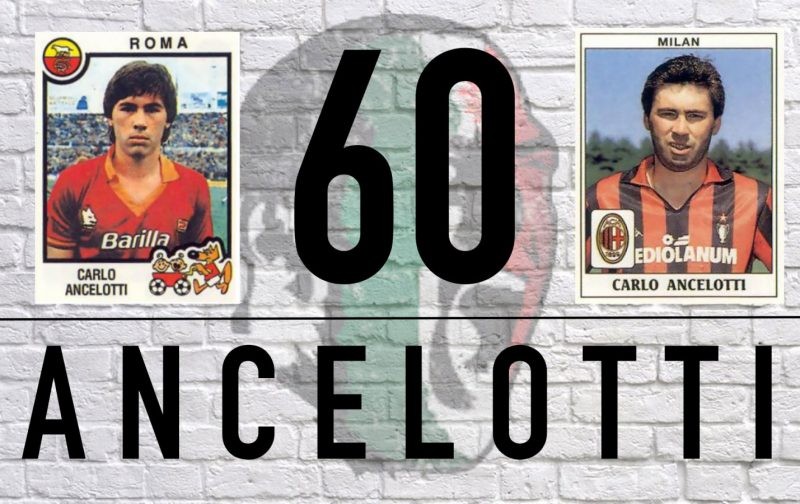 The first image that springs to mind when thinking of Carlo Ancelotti is the stylish Italian suited and booted, hoisting aloft the Champions League or one of many domestic league titles secured during an extensive coaching career.

However, as the six-time European champion – three each as player and coach – turns 60, few realise just how successful Carletto was when out on the pitch himself across two decades of success.

Born in Reggiolo, his career started in his hometown, before a professional debut with Parma during the 1976/77 campaign at 18 was granted him by former AC Milan great Cesare Maldini. In contrast to the majority of his career, he shone as a trequartista with an eye for goal and was crucial in the Crociati’s promotion to Serie B in 1979. Scoring a decisive double against Triestina in the playoff final to secure a 3-1 win.

Despite lacking pace, his creative abilities saw Ancelotti developing faster than his club could deal with and was quickly snapped up by Italian giants Roma – once again debuting against the Rossoneri.

Deployed as a wide-midfielder, rather than a traditional winger, or orthodox central midfielder, the Italian took little time integrating 300 miles south and came quickly, collecting consecutive Coppa Italia trophies in 1980 and 1981. There would be a further two triumphs in the competition in 1984 and 1986, but it was his contribution as the Giallorossi ended a 40-year wait for a second Serie A win in 1982/83, and progression to the European Cup final the following year, that brought hero status.

However, Ancelotti was forced to watch Liverpool defeat the Giallorossi on penalties in the final, as the after effects of a significant knee injury suffered in 1982 began to disrupt Ancelotti’s career.

The midfielder’s talents ensured he remained an integral part of the side, though, and was made captain by coach Sven-Goran Eriksson in 1985. As the legendary Daniele De Rossi departs the capital club this summer, that Ancelotti is one of three non-Roman captains of Il Lupi in the last 35 years reinforces his own Roma legacy. First capped by the Italian national side in 1981, Ancelotti was expected to be part of the Azzurri’s victorious World Cup squad in 1982 until that knee injury curtailed his plans, but eventually played a significant role in semi-final finishes at Euro 88 and Italia 90.

By the time a 31-year-old Ancelotti helped his country to that third-place medal on home soil, he had moved on from the capital. Returning north and joining Silvio Berlusconi’s Milan revolution.

A great player in his own right, alongside the likes of Ruud Gullit, Marco van Bastern and Franco Baresi, he formed one of the greatest sides in the history of European football and was celebrating a second Scudetto win 12 months after joining. The next year, he would extinguish the ghosts of 1984. Netting a stunning strike in a 5-0 semi-final demolition of Real Madrid and played every minute of the Rossoneri’s European Cup final victory over Steaua Bucharest.

Another followed in 1990 versus Benfica, after becoming a world club champion, although Ancelotti only just made the final after another knee injury in the quarter-finals and by now it was clear that these disruptions were signalling the end.

Under new coach Fabio Capello, Milan won the 1991/92 Serie A title but the emergence of Demetrio Albertini and increasing periods on the physio table prompted the 33-year-old to call time on a wonderful career. Ignoring a near-decade of service with rivals Roma, the Stadio San Siro stood in appreciation for Ancelotti arriving from the bench for the final Serie A game of the season against Hellas Verona and responded in style by netting a brace.

Few could have imagined that a career that brought 12 major honours, 442 appearances and 41 goals would ultimately be surpassed by his achievements off the pitch, but should never be forgotten.