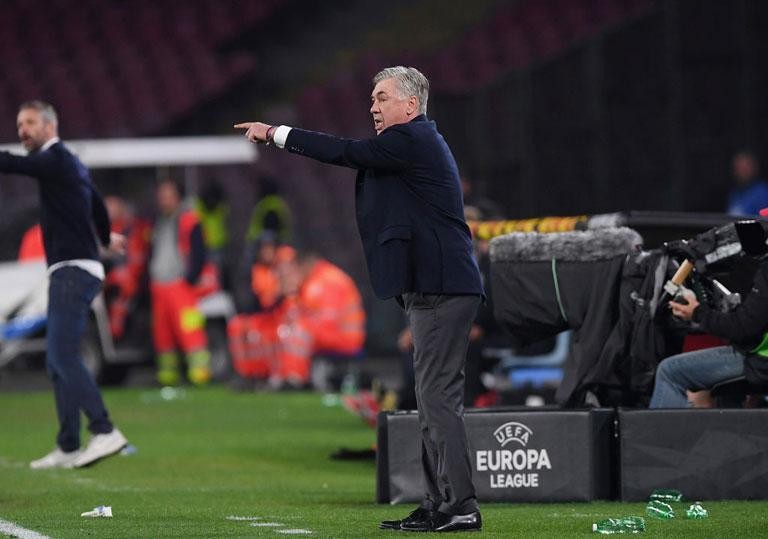 Arek Milik's early goal at the Red Bull Arena was enough to virtually assure Napoli of their place in the Europa League quarter-finals, said Carlo Ancelotti following the second leg in Austria.

"Once we'd scored that early goal, all we needed to do was keep things under control,” the Azzurri's coach explained after the last-16 tie ended 3-1 to Salzburg on the night and 4-3 to Napoli on aggregate. "We did that well for an hour or so but then inevitably we eased off a little with our place in the next round all but secured. We didn't want to let ourselves get pegged back in the second half but they're a very good attacking side who haven't lost a home game for ages. It was always going to be a potentially tricky match. Salzburg are good at forcing you onto the back foot and you have to be able to adapt to that, but after the first leg and the first half today we were in such a good position that a slight drop-off in tempo was inevitable.”