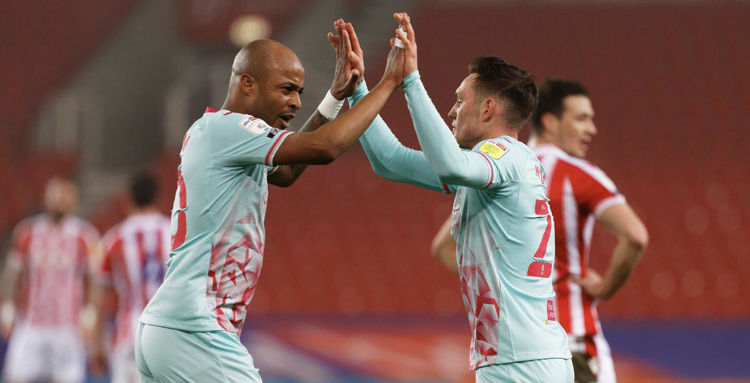 The Swans after suffering a dip in from over the last few weeks played as a guest to Stoke City today hoping to recover and return to winning ways.

Unfortunately the Welsh club had a slow start and trailed in the first 10 minutes after Nick Powell found the back of the net to shoot the home team into the lead.

Putting on a good fight, Swansea City managed to draw level before halftime courtesy of an equalizer from the in-form Connor Robert’s.

After recess, both teams returned to play with more urgency in the second half keen on getting the second goal to merit the maximum points.

Late in the game, a penalty awarded Swansea City was expertly converted by poster boy Andre Ayew to give Swansea City a massive win in the quest to gain promotion at the end of the 2020/2021 season.