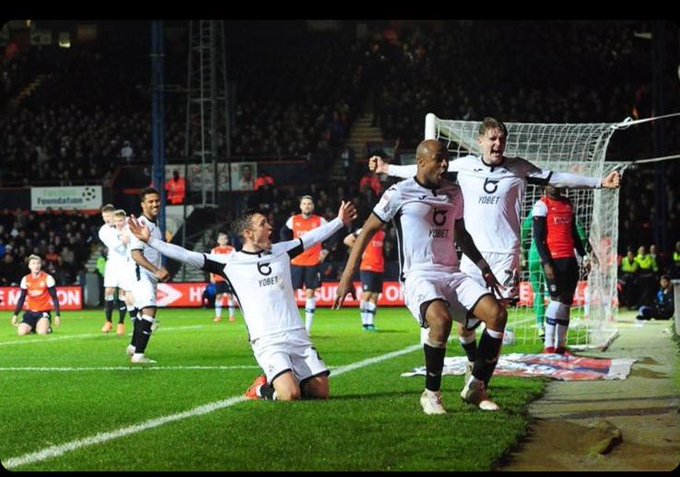 Swansea City vice skipper, Andre Ayew has urged his teammates to go all out as they seek Premier League qualification.

The 29-year-old is having a good time at the Welsh-based club scoring ten goals in the ongoing season.

After the inconsistencies in the first half of the season, Ayew charged his side to keep fighting for Premier League football next season.

“Where we are… It’s good, but it’s not enough.” Ayew told Wales Mews.

“We need to keep the momentum going if we want to get results and stay high in the league table.

“I think it is now an important period of the season, we’re into the second half of the season and everyone is looking at each other’s results.

“Now every game is really important and the league is so tight, you can’t lose stupid points.

“We are going to try and pick up as many points as we can, to do that until the end of the season is going to be hard but I think we have the quality to do it," he added.

Swansea are currently 7th on the league log with 45 points.