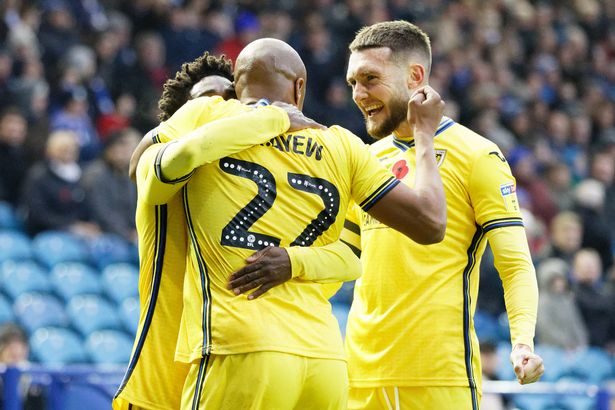 Captain for the Black Stars of Ghana, Andre Dede Ayew continued his fine form in the English Championship today as he netted his fourth goal of the season for his Swansea City side.

The Swans locked horns with Sheffield Wednesday in a tough match week 16 fixture at the Hillsborough stadium.

Following a good start to the match, the away side took a deserved lead courtesy a strike from Andre Ayew on the 32nd minute.

Sheffield did not back down and pushed until they restored parity through Fernando Martin Forestieri on the 81st minute. Morgan Fox put the home side in front on the 90th minute but an instant response from Swansea saw Ben Wilmot making it 2-2 at the end of the game.

He has featured in 14 League games and continues to perform excellently. He is currently the deputy captain for Swansea after showing leadership qualities in games and in the dressing room.