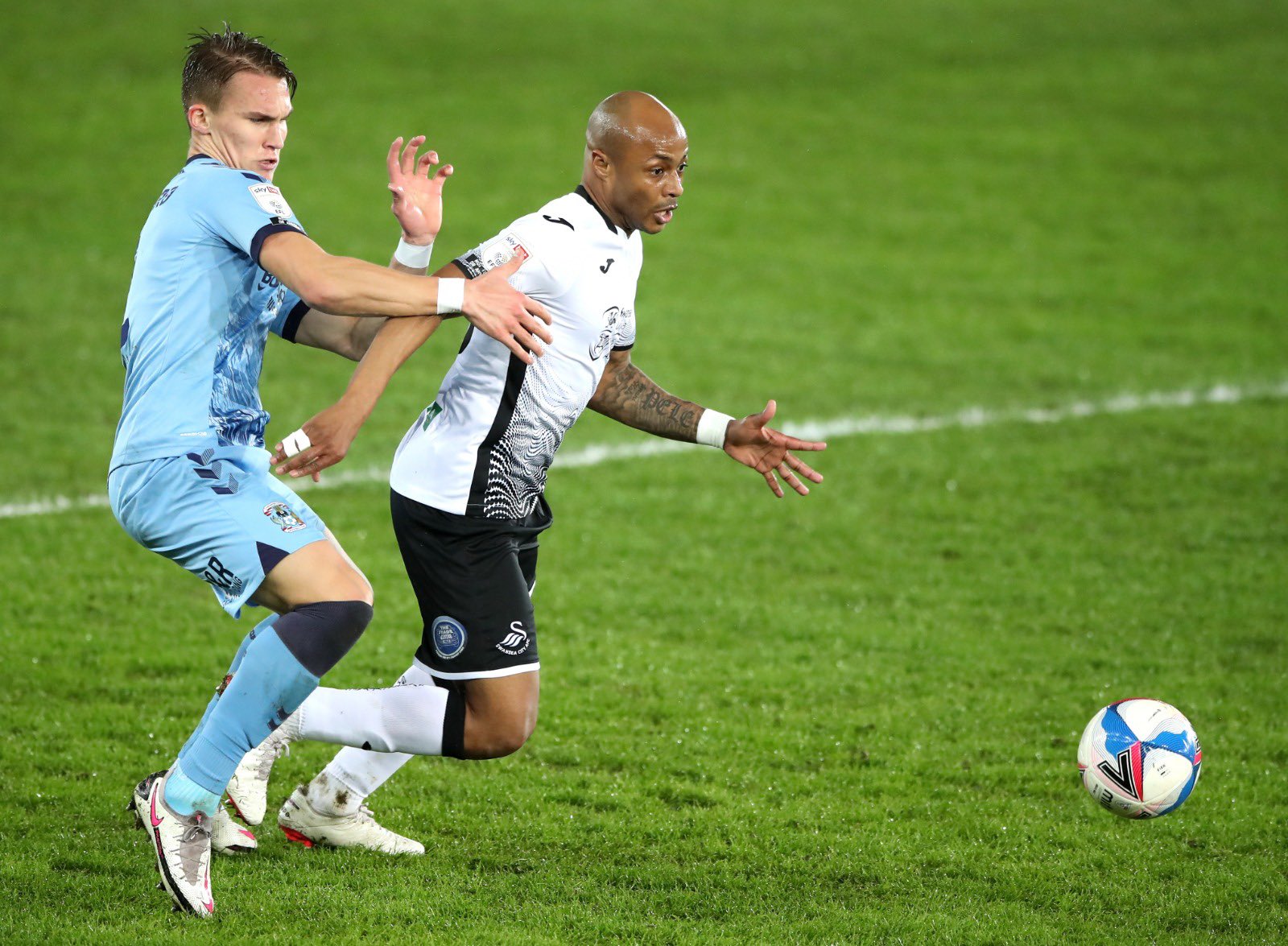 Ghana international Andre Ayew impressed for Swansea City on Wednesday night when they defeated Coventry City 1-0 in the English Championship.

The Black Stars captain last season was the main man for the Swans when they qualified for the playoffs of the Championship.

This season, he is hugely involved as a key asset for the team as they make a challenge for a ticket to qualify for into the English Premier League at the end of the 2020/2021 football season.

Today, Andre Ayew was named in the starting lineup of Swansea City when they hosted Coventry City at the Liberty Stadium.

Putting on a good display, the forward excelled with his partner Jamal Lowe in the attack of the home team.

In the end, a goal from Ben Cabango after he was assisted by Conor Hourihane has given Swansea City a 1-0 win to put the team back on track for promotion.