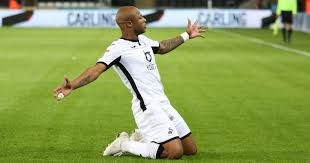 Black Stars skipper Andre Ayew has earned a rating of 7.29 in the Championship, the highest in his club this season.

The 30 year old took the Championship by storm this season, scoring a number of clutch goals and turning provider on a few occasions. His outstanding performances earned him the mantle of vice captain.

Matt Grimes comes second in the ratings with 7.14 and Joe Rodon takes the third spot with 6.90.

In his 35 games played, he has scored 12 goals and made five assists. He has also amassed the second highest man of the match awards this campaign (7), only two behind Eberechi Eze.

Andre Ayew returned to Swansea in June 2019 after a brief loan spell with Fernerbache. 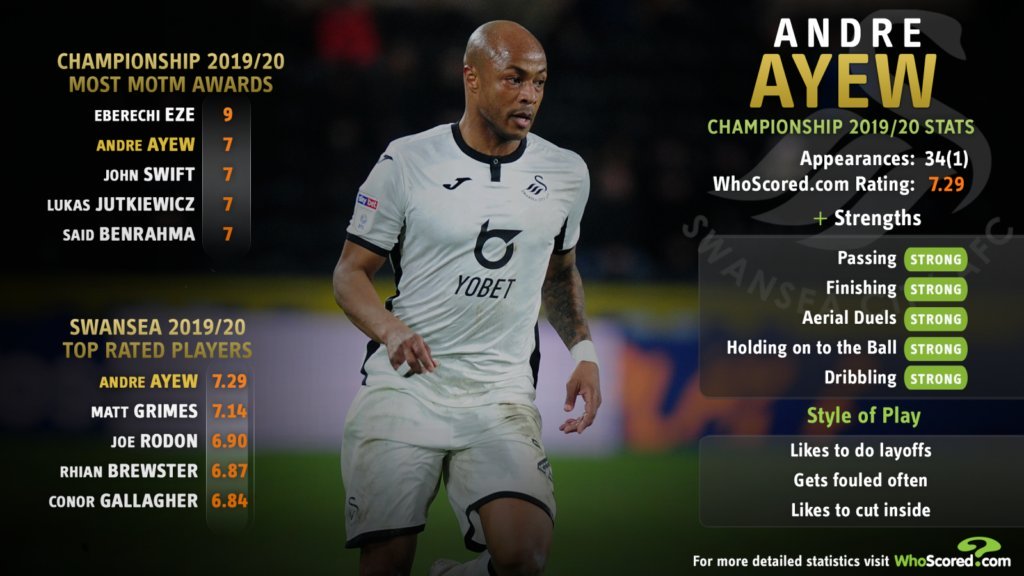