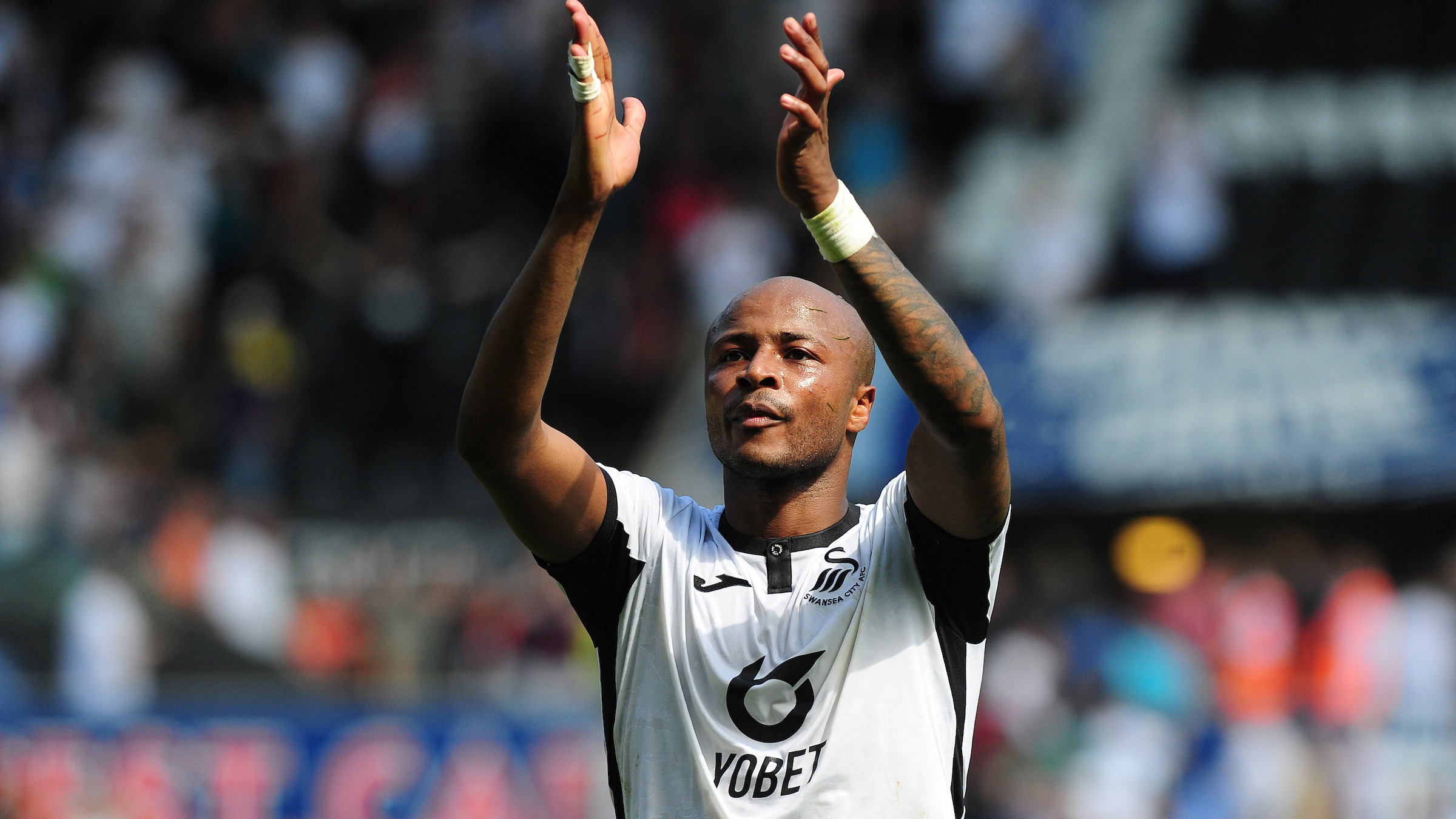 Ghana skipper Andre Ayew is among 12 players to have won an award in their first Premier League month.

The 30-year-old who joined Swans on a free transfer in the summer of 2015 scored three goals in four matches with Swansea City, leading them to the 4th place in the table with 8 points.

Ayew did not only score against Chelsea but also followed-up with goals against Newcastle and Manchester United.

The Portuguese midfielder has been an instant hit at Old Trafford since completing his £68million move from Sporting Lisbon on January 29.

Signs that United had finally bought a midfield dynamo were clear on his debut when Fernandes shone in the goalless draw with Wolves.

Fernandes would go on to star in an impressive 2-0 win over Chelsea at Stamford Bridge, providing an assist against the Blues, before scoring his first goal a week later in the 3-0 win against Watford. He also set up Mason Greenwood to score the third goal that afternoon.

Norwich's Finnish striker burst onto the scene at the start of this season, proving he had the quality to make a seamless step up from the Championship.

The 29-year-old netted five goals in four games in the opening month of the campaign, including a hat-trick against Newcastle and a strike on the first night of the season at Anfield.

Things have slowed down since then, though, with Pukki netting just six times in the Premier League since.

Martial burst onto the scene after completing his big-money move, worth an initial £36million, from Monaco in the summer of 2015.

At the time, the 19-year-old scored three goals in four league outings, including a sensational solo striker on his debut against Liverpool at Old Trafford.

It remains Martial's only Player of the Month prize. He has gone on to score 64 goals in 208 appearances for United across all competitions, playing a crucial role in Ole Gunnar Solskjaer's front line this season.

The Spaniard was an instant hit at Stamford Bridge, leading the line for Antonio Conte as the Blues won the Premier League title in 2014-15.

He started strong too, scoring four goals in three games during the opening month of the season that saw him win the Player of the Month prize.

The Spain international netted on his debut against Burnley and again against Leicester before claiming a double in the 6-3 victory over Everton.

Costa, now back playing for Atletico Madrid, was named in the Team of the Season for 2014-15 and won one more Player of the Month prize, in November 2016.

Although Fletcher signed for Sunderland in August 2012, he did not make his Premier League debut until September 1.

Fletcher joined in a deal worth £12m from Wolves at the end of the transfer window and quickly repaid his fee with five goals in four league appearances.

They included a double on his debut against Swansea City and the winner in a 1-0 home victory against Wigan, which was enough to see him win individual honours.

Bent moved to The Valley in the summer of 2005 and a made a blistering start to life in south London.

He smashed in a brace on his Charlton debut against Sunderland and went on to score in all of his first four appearances for the club, leading to him winning the Player of the Month for August.

Bent would continue his impressive form in front of goal and finished the 2005-05 season as the highest-scoring Englishman with 18 goals.

When his contract with Tottenham expired in in the summer of 2003, Spurs opted against signing Sheringham to new terms and he was free to leave the club.

Portsmouth were the ones to secure his signature as they looked for a striker capable of keeping them up in their first season of Premier League football and he looked like an instant hit.

He scored on the opening day of the season at home to Aston Villa and then hit a hat-trick against Bolton that saw Sheringham become the oldest top-flight player to score a treble.

His early goal-scoring form also saw him win the Player of the Month prize for August 2003.

Keane burst onto the scene as a youngster with Wolves and his form captured the attention of England's biggest clubs. He was sold to Coventry at the start of the 1999-2000 campaign for around £6m.

He got off to a flying start in sky blue, scoring a brace on his debut against Derby. The Irishman also found the back of the net a week later in a draw at Sunderland.

That was enough to see him handed the Player of the Month award for August 1999 and his good form continued with Keane netting 12 goals in his first 31 appearances.

After a stunning Euro 1996 for the Czech Republic on English soil, Liverpool moved quickly to buy Berger from Borussia Dortmund for just over £3m.

Although he signed earlier in the summer, Berger did not make his debut until September when he came off the bench in a 2-1 win over Southampton and immediately caught the eye of those on the Kop.

During that month he scored back to back doubles in victories over Leicester and Chelsea, which saw him crowned Player of the Month. But only two more goals would follow in that campaign, a slightly disappointing return.

The Frenchman arrived at St James' Park as something of a coup. Ginola was reportedly wanted by Barcelona but ended up on Tyneside with Kevin Keegan instead.

Such was the excitement around his arrival, Ginola only needed to score once in August to be named Player of the Month.

Ginola was an integral part of Keegan's team that finished second that season behind Manchester United but only scored five league goals.

The German won the Premier League's first-ever Premier League Player of the Month award back in 1994 thanks to his stunning performances on arrival in England.

After arriving from Monaco, Klinsmann scored a header on his debut against Sheffield Wednesday. He followed that up with braces against Everton and Ipswich in the month of August which made him an easy choice for Player of the Month.

Klinsmann scored 22 goals across all competitions in that first season in English football and went on to establish himself as a Tottenham legend. He also finished second in the 2005 Ballon d'Or standings.