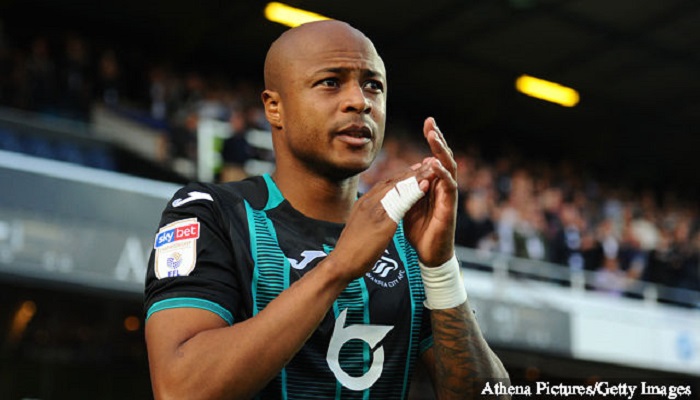 Andre Ayew was taken off in Swansea City's game against Wycombe Wanderers in the Championship on Saturday afternoon.

The Swansea City deputy captain was taken off in the 9th minute of the game and replaced by Swansea City veteran Wayne Routledge.

Admiral Muskwe handed the visitors the lead in the 46th minute, before Garath McCleary made it 2-0 six minutes into the second half following a goalless first 45 minutes.

Striker Jamal Lowe smashed in a penalty in the 80th minute to reduce the lead to one with 10 minutes remaining in the second half.

Three minutes later, Liam Cullen equalized for the Swans, giving them a point, but their hopes of automatic promotion to the Premier League seem to fade away.

Swansea City will be sweating to know the diagnosis of Ayew's injury because he is very important to their fight to gain promotion.