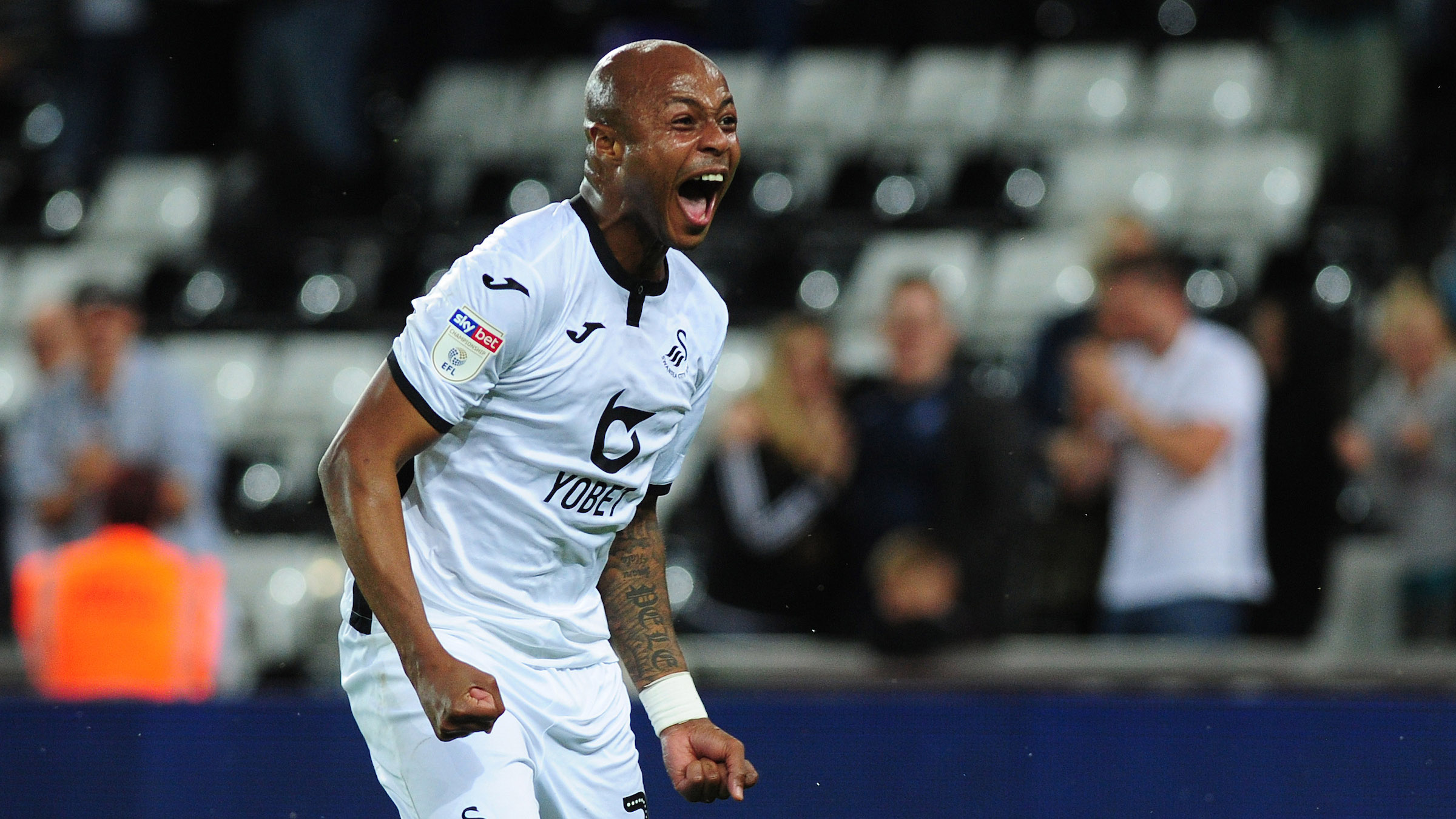 Ayew scored the goal that separates the teams at the hallway stage – flashing an unstoppable shot past David Raya, just minutes after the goalkeeper had saved Ayew’s penalty.

In between times, Brentford had Rico Henry sent off for a reckless lunge at Connor Roberts, but it was Ayew’s ability to lift himself from his own failure that proved the decisive moment.

“Andre has missed a penalty, but brushed it off and raised his game even more, and it came off with the goal,” said Cooper.

“His mentality is of the highest order, to brush off the disappointing return from a penalty where you fancied him, to have such an impact and score the goal tells you everything about the mentality he has.

“If anything, the miss affected him in a positive way.

“He is really important for us, and what is more impressive with his goalscoring record is that for a lot of the season he has played out wide, and not through the middle.”

It was Ayew’s 18th goal of the season – a campaign that began with the Ghanaian seemingly destined to leave the club in order to cut the wage bill.

Instead, he has remained and been arguably the most consistent player in the squad, with a priceless ability to raise his game on the big occasions.

He has also proven a teacher and guide to Rhian Brewster, the 20-year-old on loan from Liverpool, as well as his strike partner and junior by 10 years.

“Before Rhian came here he was our main hope for being a goalscorer, and he has lived up to the level of player we know he is,” added Cooper.

The penalty save felt like the decisive moment of a tie brimful of excitement and dramatic incident.

“We have a small advantage,” added Cooper. “But it’s only an advantage if you use it. As far I’m concerned, it will be 0-0 again in the second leg and we won’t be playing for a draw. That doesn’t suit our mentality.”

The silky Said Benrahma looked the most likely to break the deadlock in a first-half shaded by Brentford, although Ayew headed against the post and Brewster also had two good opportunities.

A trip on Brewster by Pontus Jansson earned Swansea their penalty, but even though Ayew failed to covert, his most decisive contribution was yet to come.

Brentford manager Thomas Frank revealed his club would be appealing the decision to send off Henry in the 65th minute and reiterated his call for VAR to be introduced for the play-offs.

The Bees, who had run West Brom close for automatic promotion before losing their final two games of the regular campaign, were the more accomplished team before the dismissal, although both sides missed chances.

“We will 100 per cent appeal the red card and I expect it to be cancelled, so that he can play on Wednesday night,” said Frank.

“I think VAR would definitely have not given a red card but that’s for the future. There is a very high determination in my team, we will come out flying on Wednesday and I am confident we will win that game.

“It is not going to be difficult to pick the players up. I can still see the fire in their eyes.”

Swansea have now won three times in a row, while Brentford’s defeat was their third in succession, although the tie remains on a knife edge before Wednesday’s return leg at Griffin Park.

Cooper felt his side could have come away with a greater lead to show for their efforts, but has insisted there is no prospect of Swansea playing for the draw that would see them advance to Wembley and play either Cardiff City of Fulham.