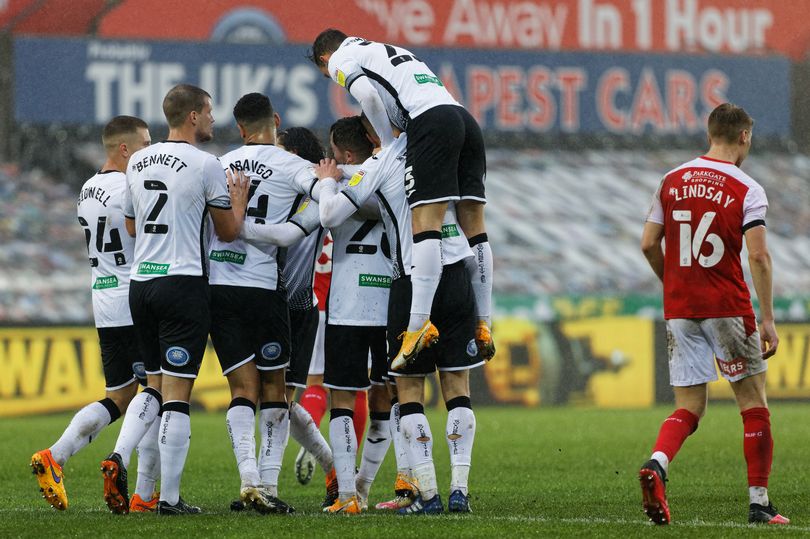 Ghana international Andre Ayew watched from the stands on Saturday evening when his Swansea City outfit defeated Rotherham 1-0 in the English Championship.

The forward who has been vice-captain of the Swans since last season could not feature on the matchday as a result of an injury he picked in training while honouring duties with his national team in the international break.

Although Swansea City missed him yesterday when they hosted the opponent at the Liberty Stadium, his teammates stepped up and put up an outstanding performance.

In the end, a strike from Matt Grimes powered Swansea City to a 1-0 win over Rotherham to ensure the home team bagged all 3 points.

Andre Ayew, 30, according to sources is doing well and should be ready to get going in midweek when Swansea City takes on Sheffield Wednesday.