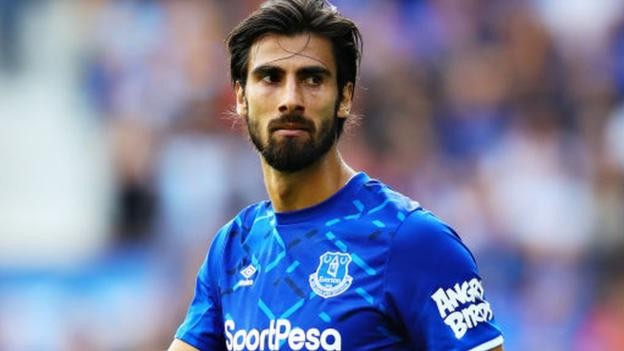 Everton midfielder Andre Gomes will make his comeback in a practice match on Sunday - 105 days after suffering a fractured dislocation to his ankle.

The 26-year-old will return in a behind-closed-doors game between Everton squad players as he steps up his rapid return to full fitness.

If Gomes comes through unscathed he could be contention for a recall when Everton visit Arsenal on 23 February.

Gomes sustained the injury against Tottenham on 3 November.

It was feared Gomes, who underwent surgery on his right ankle, would miss the rest of the season after a challenge with Tottenham's Son Heung-min in the 1-1 draw at Goodison Park. Son was shown a red card by referee Martin Atkinson but it was later overturned on appeal.

Gomes has made remarkable progress since his surgery and made a partial return to first-team training on 28 January.

Manager Carlo Ancelotti confirmed Gomes was nearing full fitness recently, saying: "It is really important for Andre to be progressing because, first of all, he is a player with fantastic quality.

"He has experience and has played for fantastic teams like Valencia and Barcelona."