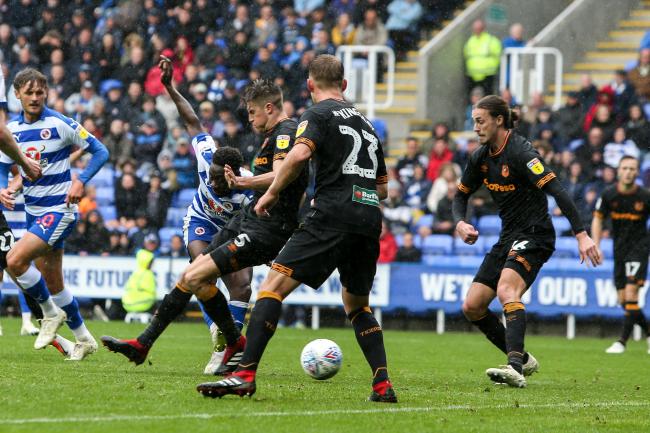 The Ghanian international defender scored Royals' third and final goal in an impressive victory against Nigel Adkins' Tigers to seal a first home win of the season on Saturday.

Yiadom, 26, linked up with Jon Dadi Bodvarsson and span away from his marker before firing a low shot past Hull keeper David Marshall.

It was Yiadom’s first goal since April 2016 when he scored in a 3-1 win for Barnet against in League Two against Notts County.

And when asked to describe his technique, Yiadom, who joined Royals on a free transfer from Barnsley FC this summer, replied: “Because I haven’t scored for a while I can’t actually remember what I did.

“All I know is that it went in the back of the net and that’s the main thing.

“It was nice to get a goal and to be able to contribute.

“But the most important thing was that it was a good result and a good win for all the boys.”

Yiadom kept his place in Paul Clement’s side after the Reading manager wielded the axe following a woeful 2-1 defeat against Norwich City last Wednesday.

Yiadom continued: “We’ve got a big squad and everyone is working hard.

“Whoever comes in wants to do well and whoever is on the bench has the ability to come on and change the game.

“The manager made changes and the players that came in all did well.

“Everyone put a shift in. We had good energy and we got the clean sheet too.

“We need to set our standard and we showed that by beating Preston away recently. Now we need to maintain it.”

Reading have already sold out their 1,800 ticket allocation for this Saturday's trip to Brentford (3pm kick-off).