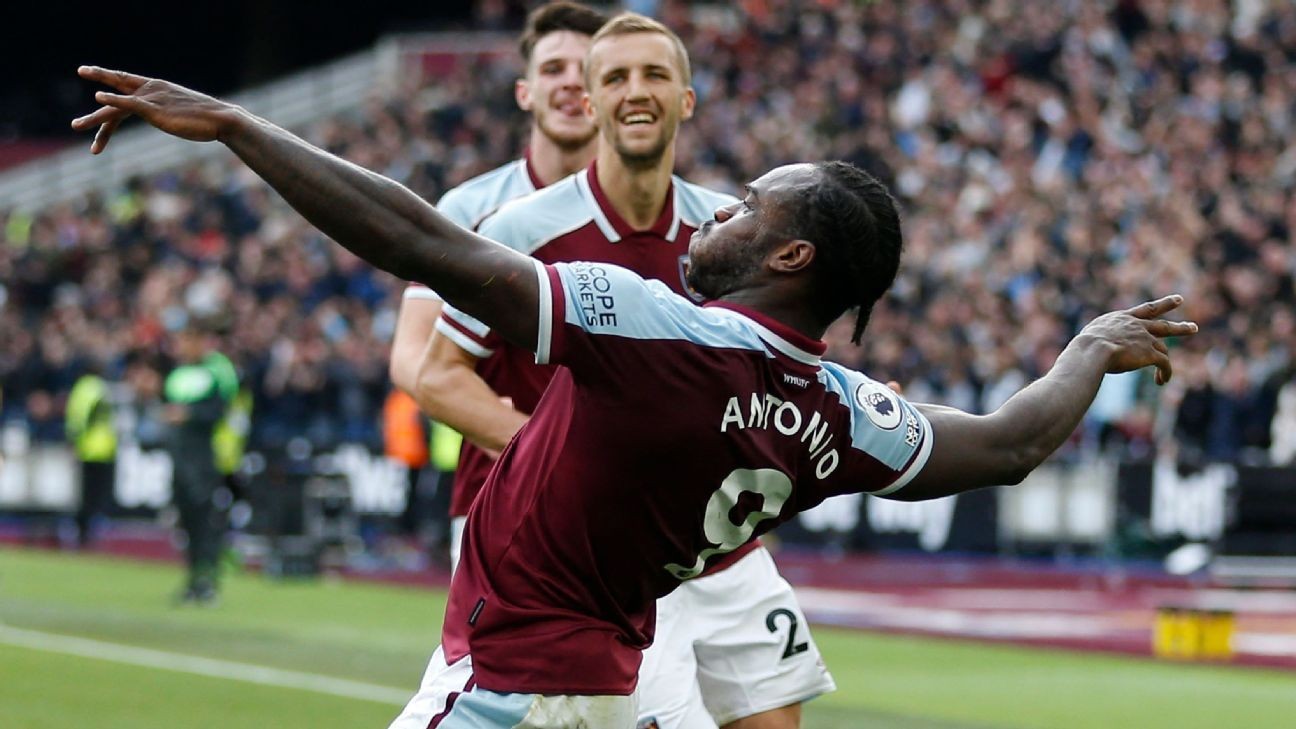 A second half goal from Michail Antonio was the difference between West Ham United and Tottenham Hotspur at the London Stadium on Saturday, as the home side won 1-0.

The result lifts West Ham above Tottenham on the Premier League table and into the top four.

Antonio -- who had trials at Tottenham when he was 14 -- had most of the chances, troubling the Spurs defence on more than one occasion. Cristian Romero had a particularly difficult match with the 31-year-old, often left second best on their one-on-ones.

It was 72 minute into the game, though, before Antonio found the breakthrough from a corner. Aaron Cresswell sent the ball into the box and Antonio flicked it into the net at the near post.