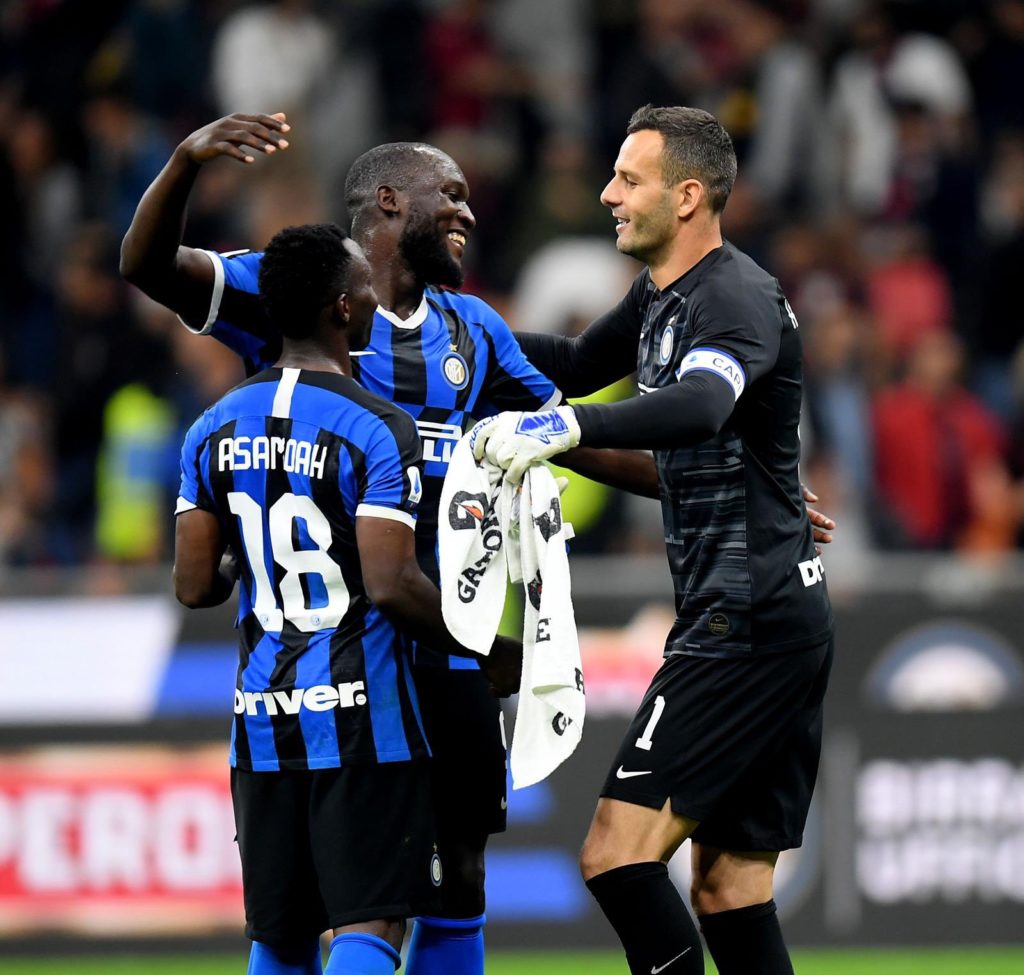 With the teams level, and only six minutes of normal time remaining, the left wing-back was left for dead by the mesmeric Lionel Messi who skipped past the Ghanaian just inside the Italian side’s half in the build up to Luis Suarez’s winning goal.

It was the only black mark for the Ghana international in an otherwise decent display against Messi and co. as the away side came away wondering how they let an early advantage slip.

The result leaves Antonio Conte’s side bottom of Group F with one point after two games, level with Slavia Prague and three behind the pair of Barcelona and Borussia Dortmund.

The presence of three strong teams realistically battling for both qualifying slots means that games against the Czech side could prove critical in deciding who advances to the next round.

While Asamoah and his teammates are winless after two games and playing catch-up already, there were still a plethora of positives from Wednesday’s defeat in Spain, which ought to be carried into Sunday’s top-of-the-table clash with Juventus.

In truth, Inter, while not having the lion’s share of possession, were relatively comfortable against the Blaugrana and could’ve added to Lautaro Martinez’s second-minute strike if lady luck had been on their side or Marc-Andre Ter Stegen hadn’t been so good between the sticks.

Their first-half performance, aided by Martinez’s early goal, which evidently stunned their hosts, came without their main striker, Romelu Lukaku, who is expected to return against the Old Lady this weekend.

Sunday’s Derby d'Italia at the San Siro carries added significance for Conte and Asamoah given the pair’s involvement with the Bianconeri in the first half of this decade. While the passionate Italian coach’s connection with Juventus stretches back to when he played for and captained them in the 1990s and early 2000s, ‘Asabob’ was signed by the then Juve boss in the summer of 2012, where the pair won two Serie A titles together before Conte’s resignation in 2014.

The Ghanaian, having spent four more seasons with the biggest club in the land, arrived a year sooner than Conte at Inter, but they could add another magnificent chapter to their relationship if the Nerazzurri record their first league win since 2009/10.

With Luciano Spalletti in charge last year, Asamoah and co. were billed as the side most capable of ending Juventus’ top flight hegemony, but a tumultuous campaign exacerbated by persistent indiscipline saw Inter end disappointingly in fourth.

This time around, under a serial winner in Conte, and given the recent reverse in philosophy by the previously unassailable Black and Whites, the stars may have aligned for 18-time league champions at the perfect time.

On the pitch, Conte’s charges have won their opening six games and lead Sunday’s opponents by two points. They are eight points better off than they were at this same stage last term, further highlighting their probable league challenge this season. Juve, on the other hand, are two points worse off.

The aforementioned statistic places added importance on the latest instalment of this derby, with Inter eyeing the prospect of opening up a five-point lead at the top, while Maurizio Sarri seeks to usurp the early leaders going into the second international break of the season.

A draw would be anticlimactic but unsurprising, given how neither side will want to give anything away.

The reason so much has been made about Inter’s start has to do with Juventus’ aforementioned change in modus operandi to appoint Sarri as Massimiliano Allegri’s successor in the summer.

Over the years, the Bianconeri have placed a high premium on results over performances, so opting for a coach who derives joy in the process and not necessarily results seemed odd. It also came on the back of the 35-time champions’ eighth successive league crown, and a fifth under Allegri.

What was noteworthy about last year’s triumph, though, were the series of poor showings by Allegri’s troops, as they ended with their lowest points tally (90) since 2014/15 (87). Fortunately, no other team in the league could mount a serious challenge, and Italy’s most successful side claimed another domestic title.

Ironically, the team that’d have been equipped to wrest the league from the Old Lady’s grasp was Sarri’s Napoli, especially after their amazing 2017/18 in which they accrued 91 points, but the 60-year-old departed for Chelsea and the Azzurri under Carlo Ancelotti ended with 79 points, 11 behind the champions.

The change from Sarri to Ancelotti didn’t benefit the Blues, so it’ll be interesting to see how Juventus’ players grasp Sarri’s way of playing, as it'll play a huge part in their chances of success.

Conte and Asamoah will be waiting in the wings to take advantage of any slip by the hitherto dominant Juve as they search for a first Serie A win in a decade, consequently ending an eight-year Juventus stranglehold.

They are winless in five successive derbies too, with their last win in this fixture coming in a 2-1 win in September 2016.

An unblemished start gives Inter hope this could be their year after multiple triumphs by their regional rivals, and a win over Sarri’s Juve would feed their growing belief.

Under Conte, Asamoah won two Serie A titles with the Old Lady and the pair will want to repeat the trick, this time with a relative underdog.

Having shown what they’re capable of in a promising 45 minutes at the Camp Nou, the Inter faithful will be optimistic this group can go the distance in what looks set to be an enthralling title race.