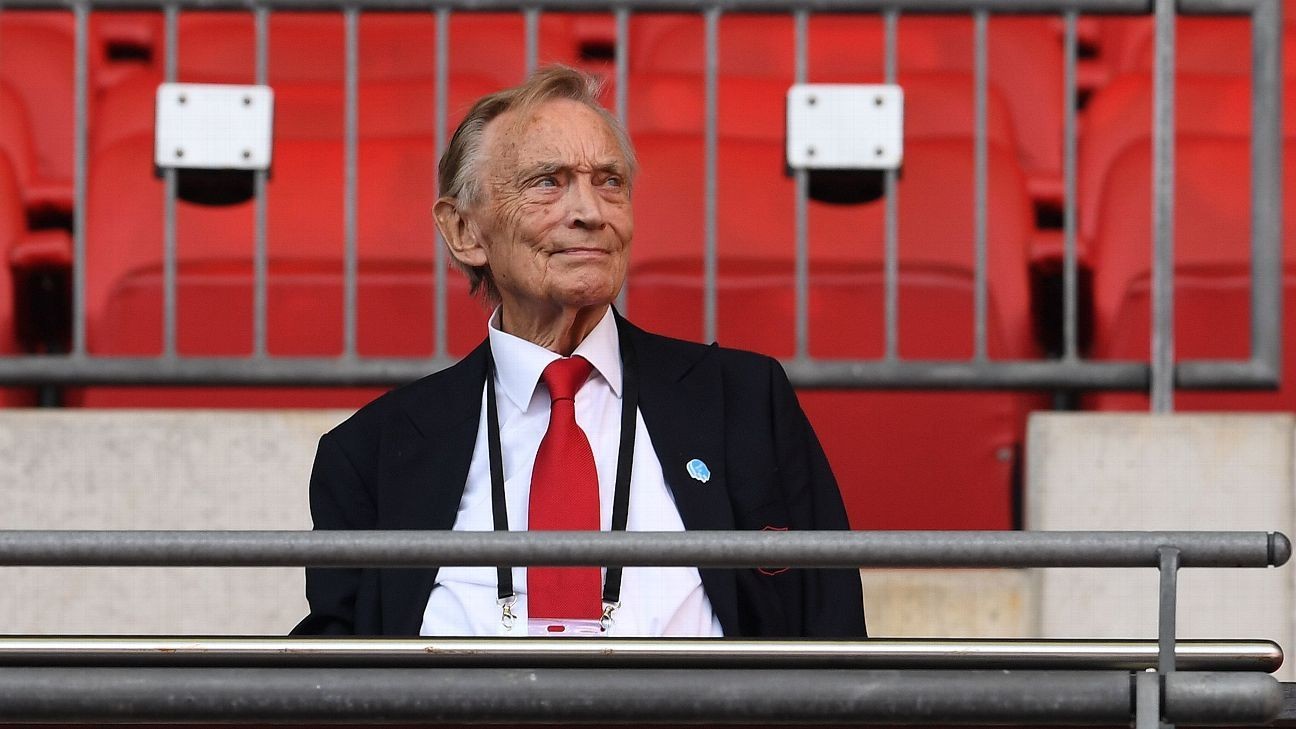 Arsenal's executive director Ken Friar has stepped down from the board after 70 years at the club.

Friar, 86, joined Arsenal in 1950 working in the club's box office before progressing to become managing director and played a key role in helping them move from Highbury to the Emirates Stadium.

- Stream FC Daily on ESPN+ (U.S. only)
- The all-time 39 worst kits ranked
- Karlsen: Why Gabriel will adapt to the Premier League quickly

"Society, football and the club have all changed radically over the years but Arsenal has remained a constant force," he told the club's official website on Tuesday.

"We've won and lost many football matches but we have always recognised that as a club we play a really important role in our local community and beyond. I know that will continue as we move forward.

"I made this decision several months ago before the pandemic arrived. The club is in the hands of good people in Stan and Josh Kroenke, the board and our staff.

"They understand what we stand for and what we mean to our many millions of supporters around the world. I look forward to finally being able to watch our matches purely as a supporter without the inevitable concerns and stresses which come with management and board responsibilities."

Friar, who received an OBE in 2000 for services to association football, will become a life president at the club.

"Mr Friar epitomises everything we strive for as a club," Arsenal owners Stan and Josh Kroenke said in a statement. "He is always looking forward and has a relentless desire to make Arsenal stronger and better.

"We thank him for everything. Seventy years working for one organisation is extraordinary. The support, counsel, and wisdom he has shown us and so many hundreds of people during his time at the club will never be forgotten.

"We are sad that he has decided to step down from the board but fully understand."

There have been a number of changes behind the scenes at Arsenal with former head of football Raul Sanllehi leaving the club earlier this month while former head of recruitment Sven Mislintat departed in January 2019.