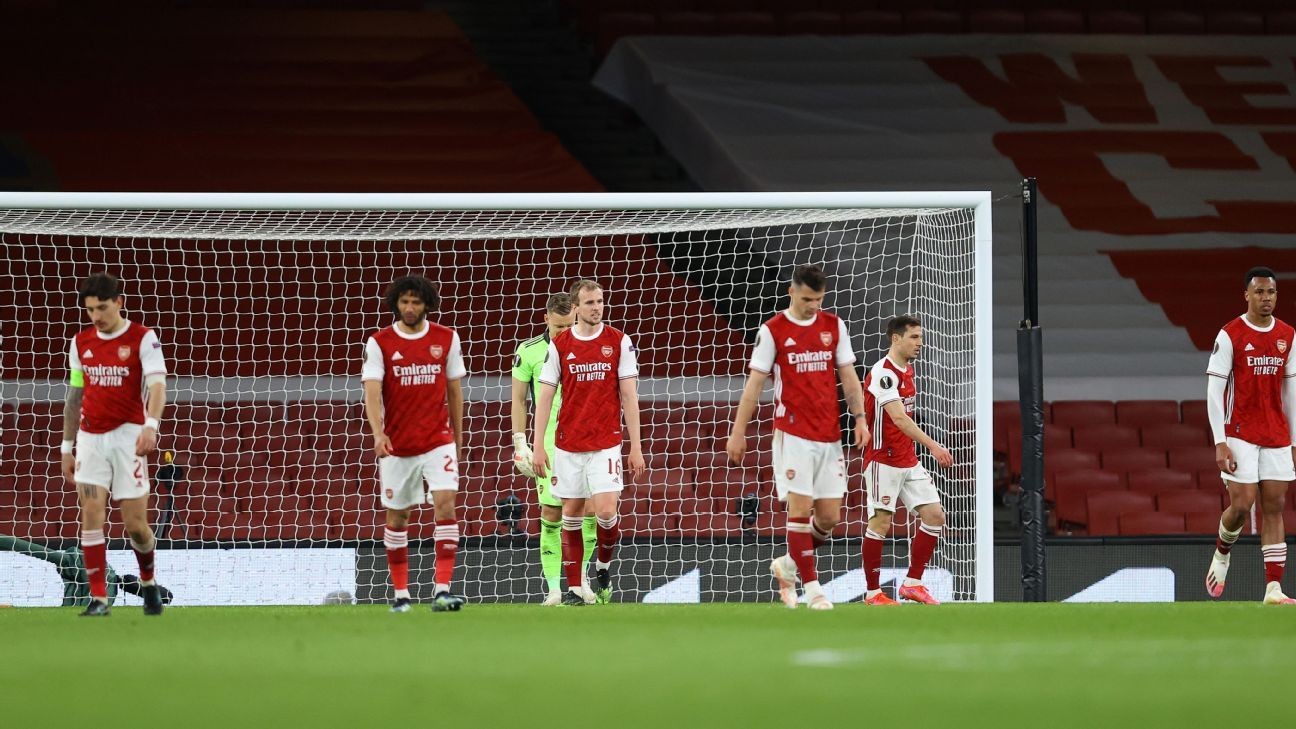 Tomas Holes headed a stoppage-time equaliser as Slavia Prague secured a 1-1 draw away to Arsenal in the first leg of their Europa League quarter-final on Thursday.

It looked as though substitute Nicolas Pepe's 86th-minute effort had given the hosts a narrow advantage to take to the Czech Republic for next week's second leg.

But Holes headed home to deflate Arsenal and keep the tie balanced on a knife edge.

An often subdued game was punctuated by good chances for both sides with Arsenal guilty of wasteful finishing.

Bukayo Saka curled an effort wide in the first half while Willian and Alexandre Lacazette were both denied by the woodwork for Mikel Arteta's side after the break.

Slavia had their moments and Petr Sevcik squandered a good chance to put them ahead while Lukas Provod had a shot turned against the woodwork shortly before Holes equalised.