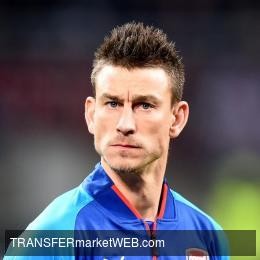 Laurent Koscielny had offers to leave Arsenal before suffering a torn Achilles tendon in the Europa League semi-final against Atletico Madrid, according to his agent.

Speaking to France Football, Courbois said: "At that time, Laurent was playing what might have been his final matches with Arsenal. Laurent started to consider a possible move away from Arsenal at the same time as Wenger. The moment was right, leaving as new coach arrived. I had already anticipated this and two or three offers were making us think hard. We were open to a number of options. China was one, as much as a return to France. Laurent could not see himself playing for another English team outside of Arsenal. Since Marseille’s approach last season, the idea of a Ligue 1 return got him thinking. It was a genuine possibility".