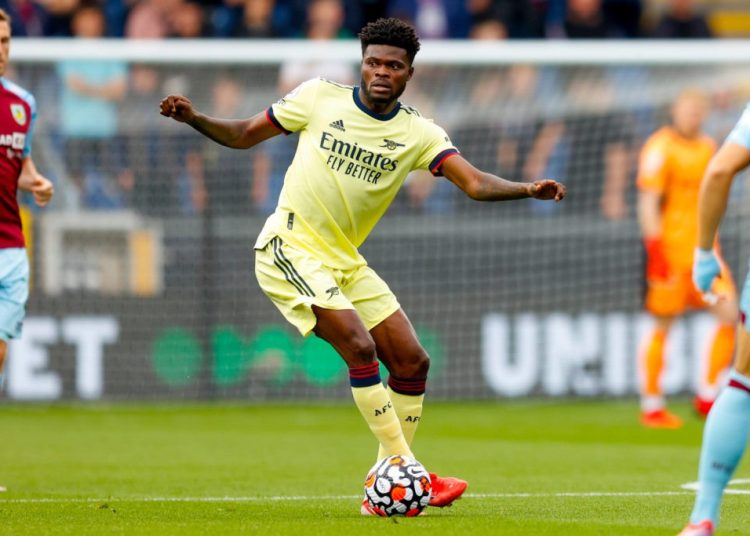 Arsenal midfielder Thomas Partey has given himself a harsh assessment ahead of the team's trip to Everton on Monday evening.

In recent weeks, the Ghanaian has been chastised for his performances against Manchester United and Liverpool, both of which ended in loss.

Partey was signed for £45 million by Arsenal from Atletico Madrid in October 2020, but he has been hit by injuries since.

Last season, the 33-cap international made only 24 Premier League matches and missed the opening month of this season.

Mikel Arteta, the manager of Arsenal, has asked more from Partey, one of his more experienced players.

"Thomas is a really important player in the team and obviously we’ve missed him for long periods since he joined," said the Spaniard.

“And that is not ideal but our energy is just to get the best out of him and how we will do that.

“The fact he had so many injuries has not been really helpful for him because he hasn’t found the platform first of all physically to be at his best.

"And then he has had games where he has been more consistent than in others.

"We need him at his best and he can produce more. He knows we have to demand more."

Partey was honest about his development at Arsenal in an interview with Sky Sports, promising to "get better".

"I give myself four [out of 10], because there are moments I can really hurt the other team," he said.

"But there are also moments where I allow myself to lose focus and that's when everything goes down. This is when you realise that you have to get better.

"From the start [of the Man Utd game] I had a couple of moments where I gave two balls away and someone watching on TV from home or in the stadium, it is normal that they see this.

"At the end, I have to be happy with some moments, I have to learn from the bad parts and try to do better.

"I think they demanded more and personally I know I can give more. I have to keep working and at the end I will get the results.

"From the defence to the attack, I can help the team a lot. I have to read more of the game.

"Now I am having a lot of continuous games, it is normal that some games, or some moments in the games, I will be down.

"With more games, with more confidence, I will be able to get to where I want to be."