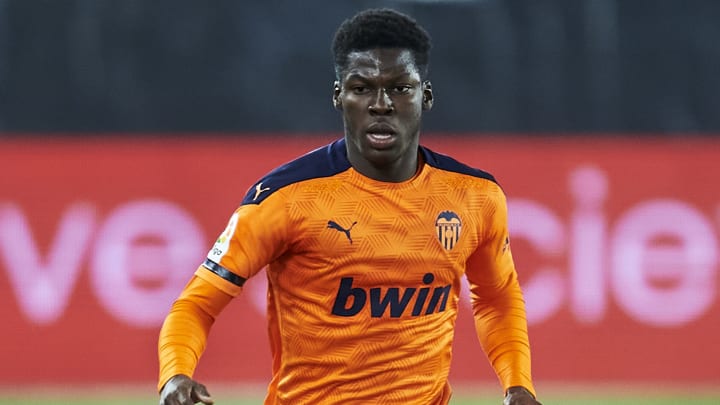 Arsenal are keeping a close eye on former academy starlet Yunus Musah, with Everton, Leeds United and Wolves all keen on the Valencia winger.

Musah, who was born in New York but moved to London aged nine, is a product of the Gunners' youth set-up but opted to take his talents to Spain in 2019, where he has enjoyed a meteoric rise to prominence.

Now a regular in the first team, Musah became the youngest goalscorer in the club's history in early November when he fired home against Getafe at the age of just 17 years and 338 days, breaking the previous record held by Lee Kang-in.

His development has not gone unnoticed in England. Sources have confirmed to 90min that Arsenal have monitored Musah ever since he left the club, and scouts continue to watch out for the 17-year-old.

The Gunners are not alone, with Everton, Leeds and Wolves all intrigued by Musah's talents, and it is thought the teenager would be open to a return to the Premier League at some point in his career.

Musah is in no hurry to leave Spain, however, and is enjoying life in Valencia's first team. He is keeping an open mind about his future but intends to remain focused on playing games for the time being.

Valencia are currently working on a contract extension for Musah, who is expected to put pen to paper on a new deal at some point in the near future, although the club's perilous financial situation means they may be prepared to sell for the right price.

There's no indication that any club is prepared to come in with big-money offers just yet. Musah does only have nine senior appearances to his name and will see his value soar with a new contract, but scouts will continue to evaluate the situation.

The demand for Musah even extends outside of club level. The teenager recently made his friendly debut for the United States but remains eligible for England, Ghana and Italy until he makes a competitive appearance.

The English FA have spoken with their former youth captain about a return to the Three Lions set-up, while Ghana and Italy have both reached out, and it is understood that Musah is yet to make a final decision.