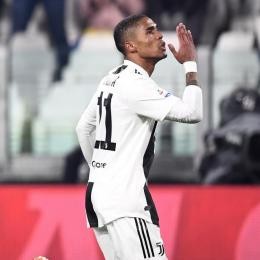 Already tracked by Chelsea, Manchester United, and PSG, Brazilian international winger Douglas Costa (28), playing for Juventus since 2017/18, while Italian giants are pondering over offloading him and making room for a new frontliner, has reportedly been targeted by Arsenal as well. Bianconeri are planning to put an about 65 million euros exit fee on former Bayern Munich and Shakhtar Donetsk man.