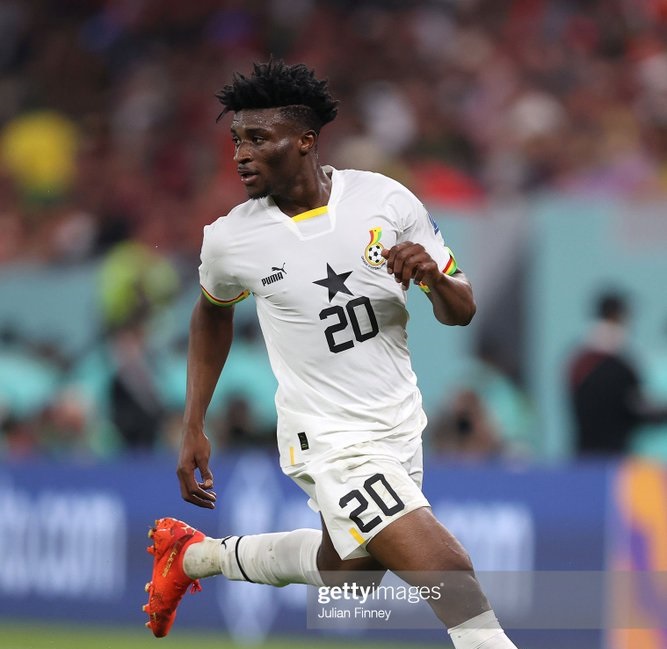 Arsenal areEredivisie hoping to use Thomas Partey as a bait to sign Mohammed Kudus in January, Footballghana.com understand.

The Ajax star has dominated the headlines following his impressive outings in this year's Champions League and in the Dutch Eredivsie.

Kudus has been the star of the Ghana national team in the ongoing 2022 World Cup in Qatar.

The attacker netted twice as the Black Stars recorded a 3-2 win against South Korea in the second group game to become the first Ghanaian player to score two goals in a match at the World Cup.

Prior to the Mundial, Footballghana.com reported that Liverpool and Tottenham Hotspur are interested in signing the former FC Nordsjaelland forward.

However, reports gathered by Footballghana.com indicates that the Gunners are also interested in Kudus and will hope to use his countryman, Partey as a negotiation tool to hijack the move.

Kudus will hope to continue his impressive form when Ghana come up against Uruguay in their final Group H game on Friday at the Al Janoub Stadium.