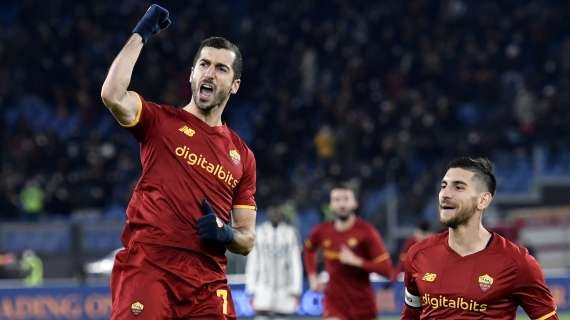 Seven players. There are many players in the AS Roma squad today with which the Giallorossi management will start negotiations for the renewals, but only at the end of the season, when the championship ends. Among these, however, there is an exception: Henrikh Mkhitaryan renewal. In fact, according to La Gazzetta dello Sport, the former Arsenal player is the only one expiring deal in June and therefore AS Roma aneed to work on this situation right away.

Rising quotes - The Armenian in recent weeks, after the problems that emerged, has gradually moved closer to the Giallorossi, thanks also to the change of form decided by José Mourinho. In addition, the rumors about a possibile transfer to the Russian championship (Krasnodar and Spartak Moscow), due to the ongoing conflict, have gone out. All this seems to bring Mkhitaryan closer to stay in Italy, with As Roma ready to offer an annual renewal for the attacking midfielder.