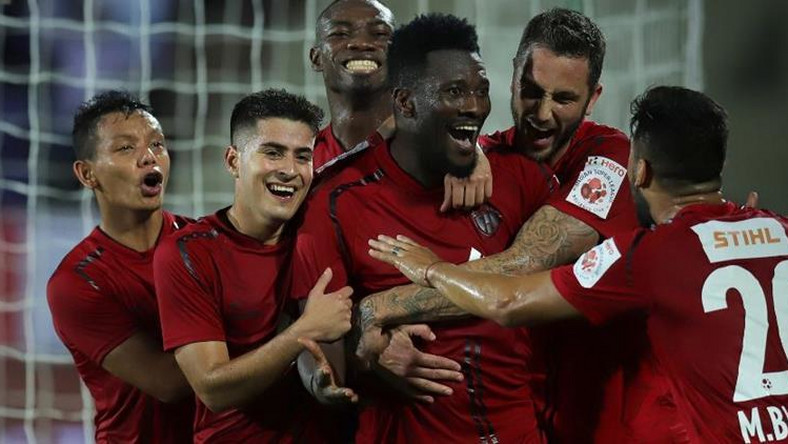 NorthEast United defender Rakesh Pradhan has revealed that Ghanaian striker Asamoah Gyan is a big figure at the club in the Indian Super League.

Gyan has scored two goals in four games so far this season.

"[Asamoah] Gyan is a big figure, a big personality. You can't say anything [negative] about him," Pradhan told the ISL website.

"He has been encouraging us in the dressing room. He has a big influence.

"He talks about the big matches he has played in the [FIFA] World Cup and with many big clubs.

"So, in that way, we take his experience and go to the pitch."

NorthEast United are top of the ISL standings after four games with eight points, one clear of Jamshedpur. They remain unbeaten with two wins and two draws.